How Osun Re-establishes Education As Core Responsibility Of Govt- Aregbesola 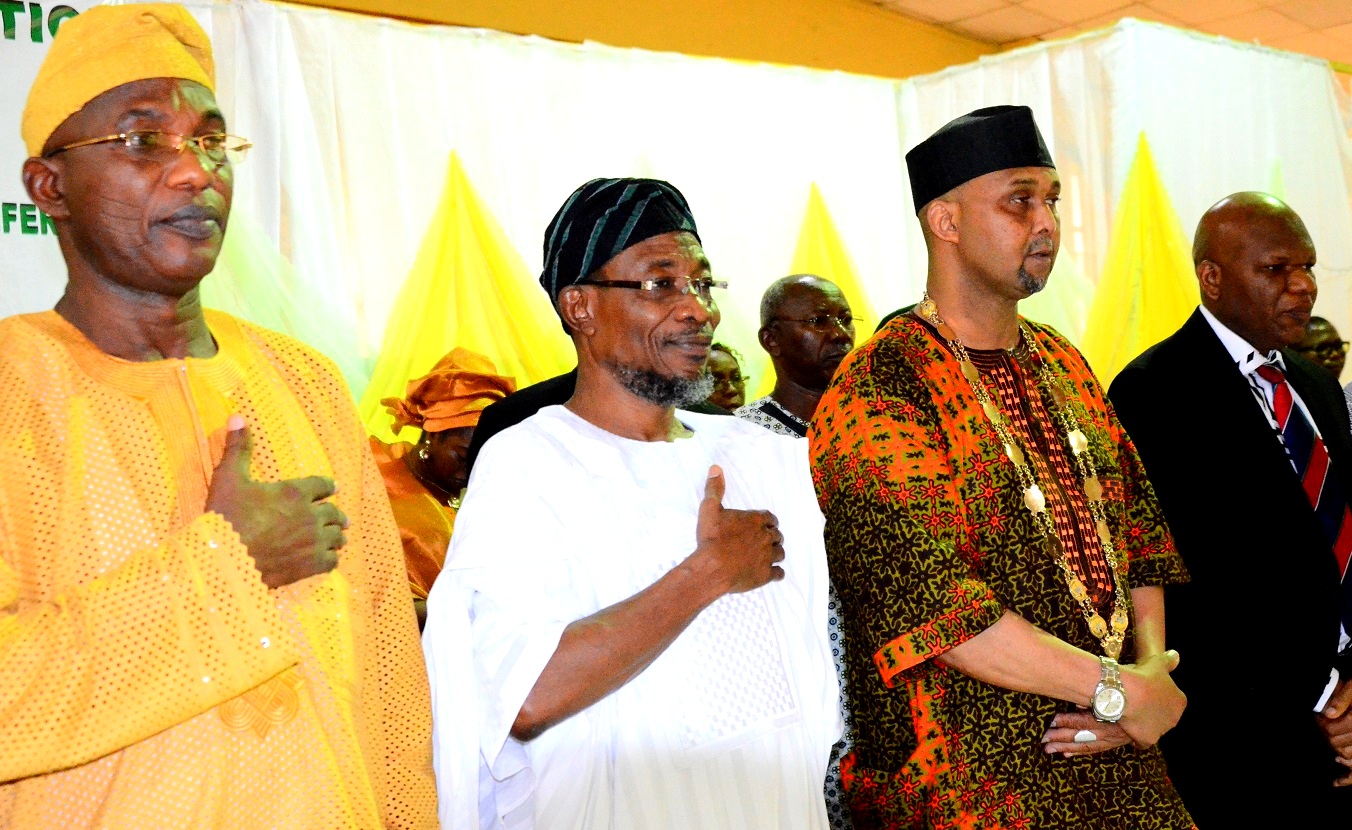 The Governor of Osun, Ogbeni Rauf Aregbesola, has said that his administration has through various efforts re-established education as core responsibility of government.
He said the massive infrastructure provision and development of the personnel in the sector are part of the efforts at ensuring that education is used to catalyse a new wave of development that will make the state to be the envy of all.
The governor made this disclosure while hosting members of the Nigerian Library Association during a courtesy visit to him at the Government House in Osogbo.
Aregbesola explained the rationale behind making libraries major components of the designs of the new mega schools some of which have been completed while others are ongoing.
The visit according to the association is part of the routine to commemorate its 53rd National Conference and Annual General Meeting taking place in Osogbo.
The governor stressed that his administration places high priority on the education of her children and the future of the state, hence the provision of massive educational infrastructure development that has no equal in the country.
Aregbesola added that his government is conscious of the role of the library as the source of knowledge, therefore the infrastructure development in education is well integrated with the provision of standard libraries.
He said, “We will want to see more of you in this state. By the time you come back may be individually or as a group, most of the projects that are on-going in the state will have been completed by the grace of God.
“We are making huge efforts in re-establishing education in our state as a core responsibility of government. We are embarking on a massive education infrastructure development that seems not to have any equal in Nigeria today.
“That educational infrastructural development is well integrated with provision of standard libraries for the ones that have been completed, we have both real and virtual Library provided.
“Whoever appreciates knowledge and education, who is also interested in the future as he is concerned about today will understand why library must be promoted and funded.
“As a product of democracy, and particularly the judicial intervention in democratic process, I know the role that library plays in retrieval of information and the use of such information as evidence in the courts.
“No newspaper or document of government is valid until a librarian stamps it as a document”.
He commended the association for making Osun the venue of the Annual general meeting, saying the choice of Osun is apt because of? its known significance as one of most peaceful states in Nigeria.
The governor also told members of the association that Osun will offer them a serene environment and an abundance of nature’s best expression in its various formation.
“I doubt if there can be any state that is as peaceful, hospitable and conducive as Osun in Nigeria.
“The weather is the best you can think of. There is not much pollution in the space. The people are iconic in their readiness to warmly welcome visitors. We are trying to make the state beautiful, we will do our best within our resources.
“Our state capital, Osogbo particularly is emerging as a jewel in the tropics,” The governor told the association.
In his remark, the National President of Nigerian Library Association (NLA) Alhaji Ridwan AbdulSalam described Osun as a learned state in Nigeria with the presence of  recognised higher institutions, adding that the state is blessed with resourceful governor who takes education as priority.
He lauded Governor Aregbesola for his contribution towards education, saying all his efforts to re-brand and resuscitate the lost glory of education is highly respected.
Abdulsalam maintained that the presence of his members in the state was an attestation to the fact that Osun is unarguably one of the most peaceful state in Nigeria.
“Our visit to this state has made us realize the real facts on what we have hearing about Osun state as being the most secured, hospitable and learned state in Nigeria with highly placed social infrastructures”. He said.
He implored the governor to look inward on the issues of Public Library Service Development and as well continue his good works by ensuring that the state maintain its good and favourable status.
The Governor later on Tuesday morning joined the library association to declare open the Annual General Meeting at the WOCDIF Centre, Osogbo.
WORLDSTAGE 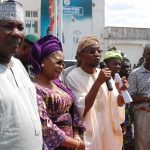