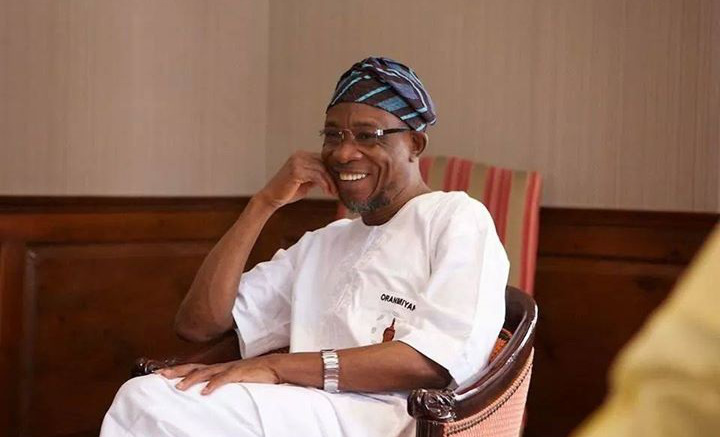 A foremost traditional ruler in Nigeria, the Alaafin of Oyo, Oba Lamidi Adeyemi has bestowed upon the Governor of Osun, Ogbeni Rauf Aregbesola the title of “Omoluabi of Yoruband” just as he urged Osun people to pay their taxes.

The Monarch who was at the Government House Osogbo to present the award stated that the Osun governor has always been at the forefront of projecting the “Omoluabi ethos” which the yoruba race has always preached.

He explained that he has always monitored the administrative and leadership style of the governor since inception of his administration, saying Ogbeni Aregbesola has always led along the line of a true “Omoluabi”.

According to the Alaafin, “The Yorubas are a tribe that always instill in their children and the youths all the characters of a responsible and well brought up individual, I have studied the leadership style of Aregbesola among all the governors in the country and have discovered that he is the only one whom have through his leadership style projected the “Omoluabi ethos” of the Youruba race.”

“Aregbesola is man that breathes responsibility at all times, we have always been hearing of an Omoluabi for a long time and am so happy that we now have a Governor who is leading by example”

As measure of the importance of his honour to Aregbesola, presented to him a photo compendium and signed framed portrait congratulating the governor on his new chieftaincy title of “Omoluabi of Yorubaland”.

He stated that the Osun governor has always been at the forefront of projecting the “Omoluabi ethos” which the yoruba race has always preached.

“It is a good thing to now have a person in the calibre of a governor who is portraying the “Omoluabi virtues” to the Nigerian youths.”

The royal father also used the opportunity to call on the people of Osun to support the government of the day by paying their taxes regularly, stressing that taxation is the most efficient and sure way to give the people good government.

Oba Adeyemi who lamented the dwindling nature of the federal allocation pointed out that the only way out of the economic logjam is for the people to carry out their civic responsibilities as individuals.

He added that if the people support the government of Aregbesola with their taxes, the present administration will find it easier to fulfill its obligations such as prompt payment of salaries and adequate provision of infrastructure, health care facilities and security.

He said, “All over the world, taxation is the way out, for government to be able to conveniently provide for all the amenities and pay salaries conveniently, the people must endeavour to pay their taxes regularly.”

“I also know that the Aregbesola administration has been providing free school uniforms as well as feeding the school pupils, something which no government has ever done, not even the federal government.”

“If such a government now demands for a tax of just one thousand five hundred naira per individual in a year, I don’t think its too much.”

“We need to realise that it has come to a stage where government can no longer do it alone, Osun allocation has dropped drastically and government may not be able to pay salaries and provide other amenities again except we show our support through the regular payment of our taxes.” he stressed.

Responding, Governor Rauf Aregbesola noted that the reign of Oba Lamidi Adeyemi has been very peaceful and fruitful, while praying that God should make the royal father’s resign more peaceful and eventful. 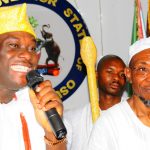 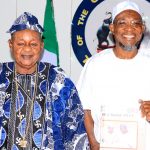