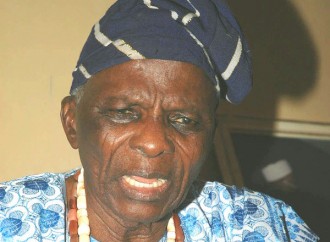 The Governor of the State of Osun, Ogbeni Rauf Aregbesola has  commiserated with the Governor of Oyo State, Senator Abiola Ajimobi, over the demise of the Olubadan of Ibadan, Oba Samuel Odulana Odugade.

The Governor described the late monarch as fatherly, quiet, peace-loving, progressive and a bridge-builder during his time.

In a statement by the Director of Bureau of Communication and Strategy, Semiu Okanlawon, Governor Aregbesola said the death of the first class monarch has left a huge vacuum in the traditional rulers’ council in Oyo State and by extension in Nigeria.

He lauded the late monarch for always championing peaceful co-existence as well as fostering cordial relationship among diverse ethnic nationalities residing in the ancient city.

According to him, the monarch’s reign was peaceful, remarkable and progressive even though his reign was brief.

The statement added: “Indeed, the exit of Olubadan is a sudden one, yet it was also a glorious one at the time it came.

“Olubadan’s reign was remarkable and peaceful. The people of Ibadan and Oyo State as well as its government have certainly lost one of Yoruba’s foremost traditional rulers.

“I, on behalf of government and people of Osun, commiserate with the Governor of Oyo State, Senator Abiola Ajimobi, the Ibadan Elders’ Council, the entire people of Ibadan and Oyo State in general.

“We pray that the Lord repose the soul of our dearest monarch in paradise.” 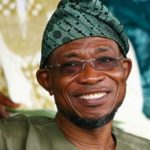