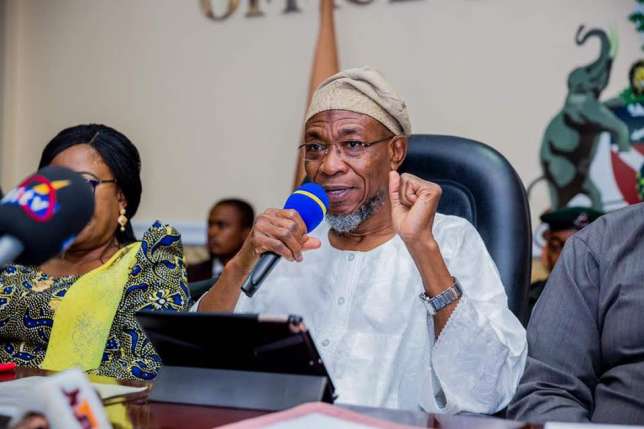 The Governor of Osun, Ogbeni Rauf Aregbesola has inaugurated a five-man board for SKYRUN Cocoa Product Industry, Ede, Osun in a bid to improve on cocoa production in the state and turn Osun to a hub of the Chinese  investment in Nigeria.

This was even as the Chairman of the Shanghai Golden Monkey Group, Mr Qizan Zhao disclosed his company’s readiness to invest N10billion into the economy of the state through cocoa processing and production and other investment activities in the state.
The chairman also said the company will have  the capacity to provide 1000 jobs for the unemployed youths in the state in the next two years.
The newly inaugurated board is chaired by Dr. Adewale Adeeyo with four other members drawn from Osun and the partnering companies which include, Shanghai Golden Monkey Group and High Hope Skyrun International of Nanjing in China.
Other members are: Mr Jianhu Liu, Mr Xie Shao, Mrs Feng Xu and Elder George Adedeji.
Aregbesola while inaugurating the board at the Government House Osogbo, said the decision was parts of his administration’s resolve to turn Osun to commercial hub of southwestern Nigeria.
It would be recalled that the company was revived by the Aregbesola led administration after 15-years of being moribund, a development which had in the last two years yielded positive results.
Aregbesola who described the inauguration as another milestone achievement to reposition the industry and make it one of the best cocoa production outfits in the world, said his government would spare no effort to ensure the success of the partnership.
He said the decision to invest N10billion into the company by the Chinese investors has marked the beginning of wealth creation and jobs generation in the state.
According to him, since china is a centralised economy with communist government, thus, our partnership with the Chinese company would not only turn Osun to a commercial and industrial hub but also avail us ample opportunities in wealth creation and jobs generation.
“With N10billion coming to the state through the production of cocoa and other related products, then Osun people can be rest assured of better life in commerce, trade and industry as our state would soon be the hub of China investment in Nigeria.
“I have been to the head quarters of Shanghai Golden Monkey Group in China and I have confidence that with the vast industrial and commercial investment of this company, we are on the right economic track in developing our state through a productive, efficient and profitable partnership”, he added.
He charged the newly inaugurated members on the need to take the industry to greater heights that would be the envy of its peers across the globe.
In his remarks, the Chairman of the Shanghai Golden Monkey Group, Mr Qizan Zhao, expressed his company’s readiness to inject N10billion into the Skyrun Cocoa Product Industry Ede as part of efforts to take the company to an enviable position ever known in history.
Zhao said the decision to partner Osun government came on a heels to properly harness the state’s potentials in cocoa production and other agricultural produce.
He said the company has seen a realistic prospect in the economic fortunes of the state, a knowledge which according to him will be profitably maximised through the partnership.
He said his company was ready to purchase in large quantity cocoa beans in its bid to expand its production line, saying no efforts would be spared to make Nigeria and Osun in particular the hub of China investment in Nigeria.
Zhao said the decision to expand on the production line of the industry was to create mass employment opportunities for the unemployed citizens in the state, saying the company has seen the possibility in accomplishing its dreams for the state.
“This is the first time I visit Nigeria. With what I have seen, it is not a doubt that my presence has made me to know that Nigeria has plenty of talents that could aid her to greatness commercially, economically and industrially. Nigeria is a good place to be.
“I represent 5000 staffers of Golden Monkey Group and in 2015 the company had an agreement to partner Osun having decided to invest in Nigeria on cocoa production and as at today the ties has translated to positive results so far.
“With this move in business world, we have seen that Nigeria is like China where everywhere is a chance for business and businessmen to thrive.
“Our partnership with Osun has made us to see that cocoa beans of Nigeria is the best raw materials in the world, and we are ready to cue into this consciously to ensure possible development of the state and Nigeria as a whole.
“I have confidence to invest more in Osun. We are going to invest to ensure that Osun and Nigeria become the best producers of chocolate with great positive effects on the economy of Osun.
“We want to invest in Osun not only to boost her commercial trade and investment but to provide massive employment opportunity for the citizens.
“For these reasons, we have resolved to invest N10billion into the Skyrun Cocoa Product Industry, Ede so as to boost the state’s capacity on commerce, industry and business”, he added.

He then promised to invite other chinese investors to Nigeria and Osun in particular, saying this will make Osun a state to be reckoned with in business world.
While speaking on behalf of other members of the board, the newly inaugurated Chairman, Dr. Adeeyo commended the tenacity of Governor Aregbesola for successfully resuscitated the decadence in the perceived moribund cocoa processing company at Ede.
He said the state under the leadership of Governor Aregbesola has done everything possible to  turn the cocoa industry to one of the biggest cocoa processing company in Nigeria.
‎
Adeeyo said through the massive procurement of cocoa beans and the processing of the product at the Ede plant, Osun will no doubt be a force to reckon with in terms of  wealth and job creation among its peers.
‎
The chairman while commending the foresight of the state governor‎ thanked him for the persistent support that has sustained the company through the trying period till now that the industry has now risen into a flourishing and profitable status.
According to him, rebuilding a moribund industry is never an easy and enjoyable experience but through the support of the state government they have been able to record a seamless marvelous success story.
‎
“Ede cocoa industry is  ‎up and running, and with the unmistakably intelligent 55-year experience of Golden Monkey, we would certainly rise to the height top in world cocoa and chocolate production business in West Africa.
“The success story of this industry would never have been possible without the resilient spirit of Governor Rauf Aregbesola, I praise the foresight of our great Governor and I will never be able to thank him enough ‎for the persistent support that has sustained this major. industry into its now flourishing and profitable status.
“Rebuilding a moribund industry has never been an enjoyable experience, but our Governor has made it look like a child’s play through his support and we have been able to record a seamlessly marvelous story. 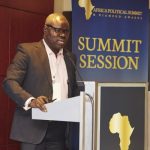