Community Leader Urges Voters to be Peaceful During Polls

ahmed August 1, 2018
A community leader in Iwo Local Government Area of Osun state, Niyi Oriolowo, has charged the people of the town to be calm and remain peaceful ahead of the September 22 governorship election in the state.

Oriolowo who hailed the contributions of the Oluwo of Iwo, Oba Olawale Akanbi Telu to the peace reigning in the town, stressed the need for the monarch to ensure that all Iwo indigenes embrace peace during the poll.

The community leader, who spoke in Iwo at the Fidau organised for the late Ekerin Oluwo, Chief Bayo Aremu, said the people of Iwo should unite together and forget their individual differences in the interest of the community. He said the community needs the presence of the state and federal government to develop to the satisfaction of its founders.
According to him, “the people of Iwo are known for peace and tolerance and these attributes must be demonstrated in the forthcoming governorship election.”
Oriolowo also charged traditional rulers and religious leaders in all the three Local Government Areas that make up Iwo land to preach peace and tolerance to their subjects and followers ahead of the poll. He stressed the need for love to dwell among the people irrespective of political or religious differences, saying, “we can only achieve in Iwo land if we love ourselves and allow peace to reign in our midst.”
Also, he called on the Oluwo of Iwo, Oba Akanbi to continue with his initiatives aimed at uniting all the indigenes of the town both at home and in the Diaspora.
74 Views
1
We Are Working to Transform Ejigbo’s Economy — BelloAugust 1, 2018
Aregbesola Renews Call For State PoliceAugust 1, 2018 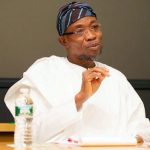