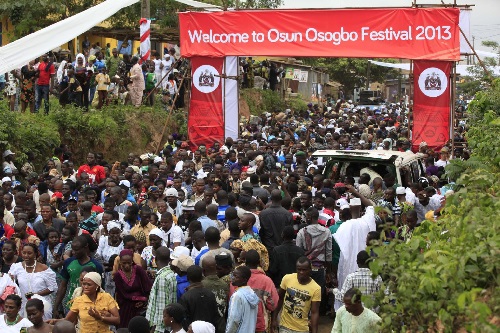 Worshippers of Osun goddess arrived to pray for the goddess and other spirits at the Osun river in Osogbo, Nigeria, Friday Aug. 23, 2013. Many of the worshippers observing the centuries-old ethnic Yoruba celebration in southwestern Nigeria are Christians and Muslims.(AP Photo/Sunday Alamba)

A dance drama staged in Osogbo as part of the 2013 Osun Osogbo Festival, reinforces the need for greater national unity, CHUX OHAI writes
As the activities to mark the Osun Osogbo Festival reached a climax on Thursday, August 22, 2013, the Hornbill House of the Arts was putting final touches on its preparation for the production of Odia Ofeimun’s epic dance drama, titled ‘Nigeria the Beautiful.’
For a reason best known to Ofeimun, who is the executive producer, the dance drama was scheduled for the Government House in Osogbo. As early as 8pm, the guests, including some members of the international community out to witness yet another edition of the festival, had begun to arrive at the venue.
The stage, a fine specimen of contemporary theatre by the look of it, had caught the attention of the guests as they sat down to a preceding dinner, served while cultural performers, including the group known as Adunni and Nefertiti, took turns to entertain the gathering.
Although drama productions are not rare in Osogbo, a piece like Nigeria the Beautiful is certainly not common. While they awaited the arrival of Governor Rauf Aregbesola of Osun State and the kick-off of the dance drama, the more reflective among the guests must have silently wondered about the relationship between Osun Osogbo Festival and the dance drama.
They did not have to wait for long to find out the answer.
For almost two hours, the guests were treated to a rare narrative of the history of Nigeria’s journey from colonial rule, through a tumultuous post-independent era characterised by a destructive civil war and misrule by the military, to the present day.
Seasoned director, Felix Okolo’s gift of the spectacular was obvious in his effective deployment of the rich tapestry of Nigerian dances and music to capture the different phases of the country’s social and political history, beginning from her hurried independence and the circumstances that led to the collapse of the First Republic to the present crisis-ridden democracy.
While the production highlighted the various attempts by the people at kicking against the ineptitude of the country’s rulers, its emphasis on the deeply blemished role played by the corrupt and avaricious leadership was not lost on the audience.
Many of the guests had stayed glued to their seats till the wee hours of the next day, perhaps held spell-bound by the dazzling performance of the dancers or the sheer force of the narrative.
With the production, Ofeimun appears to be passing a simple message to the entire nation: that Nigeria’s beauty actually lies in its cultural diversity and the country can still be salvaged if the leaders decide to tap from its collective history.
Like the Osun Osogbo Festival, which serves as a meeting point for various people sharing a common cultural identity and religion, irrespective of their positions and individual aspirations, Nigeria the Beautiful canvasses a shared sense of community among Nigerians across the various ethnic groups and social strata.
As the centenary of the amalgamation of Northern and Southern protectorates draws closer, the dance drama echoes a general call for actions that are capable of promoting greater unity among Nigerians.
But the production was not without its flaws. It was almost ruined by poor acoustics and inability of some of the narrators to recall their lines. Throughout the duration of the dance drama, some of them unnecessarily laboured to be heard by the audience, though they were already equipped with cordless microphones.
PUNCH
135 Views
3 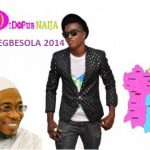 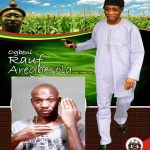