Making Agriculture Work For The People Of Osun 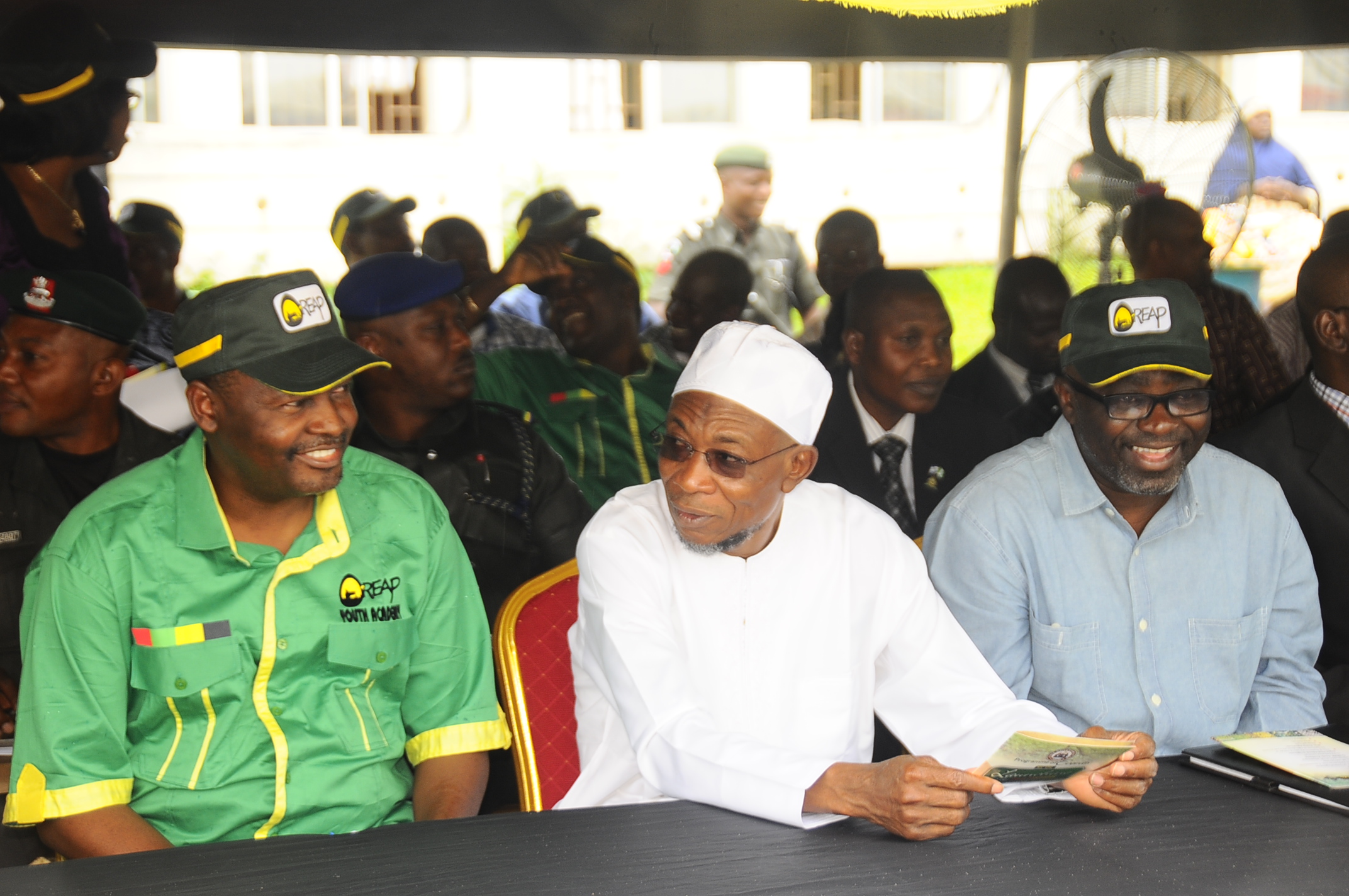 (From right) State of Osun Commissioner for Agriculture and Food
Security, Mr Adewale Adedoyin, Governor Rauf Aregbesola and Dr Charles Akinola,
Director of General Office of Economic Development
and Partnership, during the launching of
the 2nd Edition of Osun Rural Enterprise and Agriculture Programme
(O-REAP)Youth Academy

The government of Osun State has vowed to move away from over dependence on oil revenue. To this end, the government has come up with many agricultural programmes to make the agricultural sector not only attractive to the people, but the mainstay of the state’s economy

With the volatility of oil prices, if there is one place Nigerians have found unanimity of opinions, it is in the call that the economy should be diversified. And when the call for economic diversification is made, Nigerians believe that the easiest sector is the agricultural sector.
Commentators and stakeholders alike have lamented that the continued neglect of the sector by successive administrations in the country has the tendency of exposing the nation to famine as it is being experienced in some developing nations like Somalia, Niger republic and Sudan.
Experts have equally argued that the dwindling foreign earnings that the country is going through now could have been averted if the sector was given its pride of place. For instance, the huge foreign earnings frittered away in importation of food items could have been conserved and the much needed foreign exchange ploughed in order sectors of the economy.
It is on the backdrop of this that the government of Osun State in the last three years decided to embark on revamping the agricultural sector mainly as a primary source of raw materials, improve food sufficiency and in the process, create employment.
Enumerating his six point integral action plan, the governor of the state, Ogbeni Rauf Aregbesola promised to use agriculture to banish hunger and poverty in the state.
In recognition of the agrarian nature of Osun State and its enormous potential for employment generation, a deliberate policy for mass food production through the Osun Rural Enterprise and Agricultural Programme, O-REAP, has been designed to enable the ministry give priority attention to agricultural commodity value chain spanning production, processing, storage, preservation and marketing.
The mission of O-REAP is to achieve food security, wealth and job creation, youth empowerment, economic transformation and making the state a hub of agriculture and a centre of commerce in the South-West. The mission is a strategy to capture Lagos market through supply of at least 10% of the estimated daily N3 billion worth of food in the state.
As part of efforts to fulfill its social contract with the people of the state, Governor Rauf Aregbesola put considerable emphasis on hunger and poverty alleviation which is the core value of National Economic Empowerment and Development Strategy, NEEDS, and attainment of Millennium Development Goals.
The administration is working round the clock towards the attainment of the objectives of the O-REAP through sustainable implementation strategies to aid the operation of farmers through land acquisition, land clearing and private public partnership, as well as provision of enabling environment for farmers to maximise their potential. O-REAP focuses on different agricultural initiatives which include Osun Broilers Out Growers Production Scheme.

The Beef Chain Development Programme, O-REAP Fish Farm Estates, Osun Fisheries Out-Growers Production Scheme, O-REAP Youth Academy, Agricultural Credit, Farm Service Centers, Provision of storage facilities and seeding production as well as farm settlement scheme are the programmes mapped out under O-REAP.
Observers and indigenes of the state say the scheme has drastically redefined the sector as farmers now have access to over one thousand, day old; chicks under the Osun Broilers Out-Growers Production Scheme, O-BOPS.
The O-Broiler initiative is yielding positive result due to its linkage to O-meals, a school feeding programme which provides a sustainable market for poultry farmers in the state. O-Fish scheme of the present administration has opened window of opportunity for fish farmers through public private partnership arrangement. Over 800, 000 kilogrammes of cat fish are expected to be produced and processed by over 4, 000 fish farmers yearly in the state.
Also, the administration has designed quick impact intervention programme, the programme which focuses on small holding farmers and micro-credit management for cooperative farmers. The programme has made significant impact as cooperative groups were strengthened and agricultural activities increased substantially in the state.
Within two years, 77 farmers were registered for farmer’s cooperative groups and over one thousand hectares of land were cultivated while over one thousand jobs were created through the intervention.
The state government said that the success recorded under the intervention programme informed the design of Central Bank of Nigeria, commercial banks and agricultural enterprises to support government to enhance production of maize, cassava, rice and vegetables in the state.
Aside from making agriculture a key component of its economy, the administration also believes in the idea of making the sector more attractive to youths. To this end, government has designed school agriculture programme for the training of primary and secondary schools students in the art of farming. To ensure actualisation of the dream, Osun State government has provided schools in the state with necessary inputs for practical training for the production of cassava, maize and coco-yam while about ten schools were assisted on piggery and poultry production.
In its stride to revitalise farm settlement in the state and make the state the food basket of the nation, the administration also focused on farm settlement with a view to reposition the settlement to be in tandem with global practice.
In year 2011, about fifty hectares of virgin forest land were cleared, prepared and allocated to ten farmers free of charge at Mokore farm settlement as part of efforts of the government to enhance productivity of farmers and provide food in abundance for Osun State inhabitants.
In 2012, government extends the gesture to Iwo farm settlement with clearing of one hundred hectares of land to twenty farmers. Government also provided accessible road for the farm settlement so as to link farmers with market.
Other farm settlements that are also enjoying the presence of government include Ago-Owu and Oyere Aborisade farm settlement among others.
Also in its bid to make life more bearable for farmers and to enhance their production, the state government has distributed farm inputs ranging from CP 15 Sprayer, Grammozone and Atrazine to one thousand, eight hundred and thirty farmers in the state.
The beauty of the administration’s agricultural policies and programmes lies in the application of technology into farming through provision of agro chemicals to farmers to encourage massive food production across the state.
The administration is working hard towards reclaiming the old glory of people of South-West, and this is visible also with its efforts in providing free cocoa seedling to cocoa farmers in the state. Over ten million naira was released to cocoa farmers recently to boost cocoa production in the state.
Osun State has enormous agricultural resources that can be optimally exploited to achieve laudable objectives of poverty alleviation and overall economic prosperity for the entire state. The climate of the state is very clement and conducive to the commercial production of eight major categories of agricultural produce which have extensive potential for industrial utilisation.
The agricultural produce includes cereals like maize, roots and tubers, e.g. cassava yam, coco-yam, fruit and vegetable, orange, cashew, mango, tomatoes, etc. With the current stride in the sector, the present administration has opened windows of opportunity for both local and foreign investors to tap into production of farm produce for commercial purposes and industrial use.

Attesting to the state government’s determination to diversify the economy through the agricultural sector, the commissioner for agriculture and food security, Hon. Adewale Richard Adedoyin while speaking with Nigerian Pilot in Osogbo, said government was working round the clock to tap the sector for abundant food production, job and wealth creation.
The commissioner maintained that various intervention programmes of the ministry are yielding positive result towards attainment of the six points integral action plan of the present administration in the state.  Adedoyin noted that the training of some youths in Germany on modern agricultural practice and training of over 900 youths in modern farming techniques under O-REAP programme would not only serve as source of wealth generation but a viable tool for employment generation  in the state.
The commissioner said further that O-Concept as strategy for the revitalisation of agricultural sector in the state was aimed at transforming the state economy.
“Food is life, it is in realisation of this fact that the administration under the leadership of Ogbeni Rauf Adesoji Aregbesola increased budgetary allocation of the sector to over eight billion naira in 2013 fiscal year to cater for various programmes of the ministry to make agriculture more profitable and attractive, as well as a good venture for making food available in the state, with spillover effects in other states of the federation,” the commissioner said.
Richard Akintade – FOCUS
81 Views
1 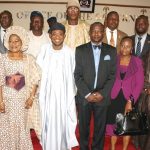 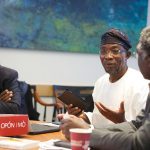