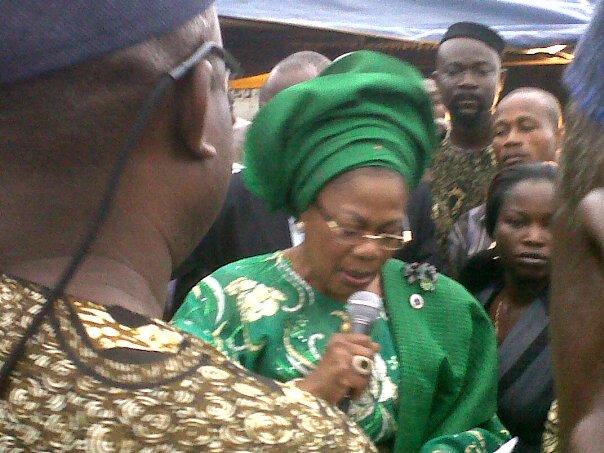 In its bid to sensitize stakeholders in the education sector of the State of Osun on the ongoing re-classification exercise embarked upon by the state government, the deputy governor of the state who also doubles as the State Commissioner for Education, Otunba (Mrs) Titi Laoye-Tomori has paid advocacy visit to All Progressive Congress (APC) party state secretariat in Osogbo, the state capital on Saturday.
At the interactive session, Laoye-Tomori sensitised the party members and Market Women Association members on what informed the state government’s decision, among which were, the rot in the system, gross under-funding of the sector, dilapidated structures, lack of instructional materials in schools, lack of incentives and poor welfare of teachers in the state, which culminated in the abysmal performance of the pupils in public schools in the state.
“To reverse the ugly trend, the state government organised an education summit in the state and that it was the submission at the summit that formed the basis of our decision now,” she said
According to her, “the school re-classification exercise will enable the state government to deploy its meagre resources effectively to provide functional education to our future leaders.”
The deputy governor further stressed that already in the public schools, the state government has been providing free meals to pupils in its elementary classes, as well as free school uniforms. In an effort to deter imposition of arbitrary levies on parents, the state government has increased its grants to schools, by paying N400 on each pupil monthly, along with the provision of Opon-Imo to pupils in higher classes.
She further sensitized the parents that with the re-classification exercise, elementary schools will consist of pupils in grades one to four, while the middle schools will comprise of pupils in grades five to nine, while the high schools will be for pupils in grades ten to twelve.
She further maintained that this was in tandem with what operates in advanced climes and in line with the recommendation of United Nation policy on education.
It will be recalled that the state government had tried to implement the policy earlier in February this year, but ran into few hitches, which had been rectified with all the stakeholders and various religious leaders.
Otunba Laoye-Tomori assured the political leaders and members of the public that the exercise will not lead to deployment of the teachers, but will rather create employment of more competent teachers, while assuring that no pupil will be taking far away from his residence.
The exercise, according to her, has been made flexible to accommodate choices by guardians and parents, as all schools in the state are now co-educational, while all the newly-built schools are being provided with all amenities such as functional laboratories, conveniences, well-fenced and necessary furniture.
She therefore, urged the parents to cooperate with the government as the exercise is for the betterment of the pupils pupils, whom she called the future leaders of the country.
At the newly-built Salvation Army Middle School, where the commissioner had interactive session with parents who had their wards at Fakunle Comprehensive High School, she informed them that the Baptist Girls High School has now become Baptist High School, while all high school pupils at Fakunle High School will resume there at the commencement of this academic session.
Pupils in the junior classes in the school will as well resume at Salvation Army High School, Alekuwodo, Osogbo, as well as CAC Middle School, respectively.
She also reiterated that the state government has taken into consideration all lapses in the exercise and assured the parents that the safety and the welfare of the pupils were put into consideration before the government took its decision.
In a meeting with the Parents/Teachers Association held at Executive Council chamber of the Governor’s Office, Abere, the chairman of the association in the state, Alhaji Afeedat Lawal, commended the effort of the state government to revamp the education sector in the state from its comatose state.
He therefore pledged the support of the association to lead the campaign for the government policies on education to the people, as they are partners with the government in its laudable programmes.
Responding, for Laoye-Tomori used the occasion to correct the misconception that the state government has proscribed the Parents/Teachers Association, stating that the association contributed immensely to the sustainability of the sector before the inception of Ogbeni Aregbesola’s administration.
She therefore solicited for their cooperation, as the state government will continue to foster useful relationship with the association.
More than twenty five members of the association, representing all the local government council areas in the state, including the Area Office and members of school re- classification committee were present at the parley.
OSUN DEFENDER 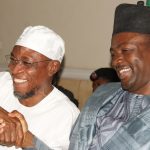 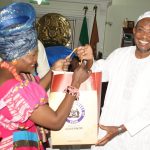