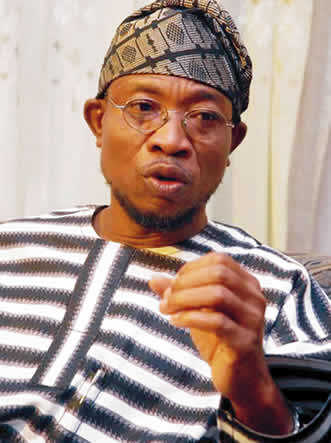 Osun today has become an exciting investment destination. Waves of investors are streaming in and the toga of a ‘civil service’ state has been shed. It must be recalled that not long ago the ‘mainstreamers’ who controlled the government in the state of Osun did absolutely nothing in terms of developing a commercial base for the state. They did not perceive a need to do so.
For the ‘mainstreamers’ life in government consisted of hanging around the city of Abuja – the nation’s capital, picking up handouts. Very demeaning stuff. Nevertheless though demeaning this is how the mainstreamers see life in government. They had nothing to offer, and no discernable plan to move the state forward. Life consisted of a sure, constant stream of allocations from the central government.
Mercifully, not anymore! Aregbesola the valiant Omoluabi at the head of a can-do progressive government has been a game changer. For a start he is too proud a man to wallow in servility to the whims of an overbearing central government. Furthermore, he came into office very well prepared.
The symbol of good governance came into office armed with a programme of social and economic regeneration for the state of Osun. This plan is anchored on the need to create the social and economic mechanism for self-sustaining development. To achieve this, the symbol has had to do a fundamental re-direction of capital in order to provide the enabling environment for investors to stream in. Today, the investors are arriving because of the massive, unprecedented infrastructural upgrade in the state of Osun.
Road construction for example is being done cost-effectively across the state. This is an unambiguous signal to the potential investor that Osun means business. And under Aregbesola, Osun does mean business. Revamping the roads is going hand-in-glove with an imaginative programme to modernize agriculture. This is critical. This is because from here, we will achieve a critical mass to trigger off agro-allied industrialization.
The linkages provided by the Aregbesola government are clearly enticing to the investor. Linking social and economic development to achieve a synergy is straight out of the Obafemi Awolowo textbook. An example will illustrate. The rehabilitation of the Ede water-works is a good example. The re-direction of capital to rehabilitate and make optimal the supply of clean water to the population is critical. This is because a healthy work-force is a productive one.
This is of great importance to a prospective investor. Availability of clean water eliminates water borne diseases thereby minimizing a large scourge of primary health provision. Across the board the provision of such synergy entices the prospective investor.
Another illustration is the massive re-invention of the educational system. A key factor in investment decision making is of course the quality of education. A well educated work force is also a highly productive labour pool. For this reason investing in health and education will allow the state of Osun to have a high quality pool of literate, well-blended information-technology savvy and very healthy work-force.
This is what the investor wants and this is precisely what the Aregbesola government is dangling in front of him or her. The investors are already arriving. The international agencies are also giving approvals to the investor friendly policy thrust of the Aregbesola government. This is also important as an investor enticing mechanism.
Within a second-term in office, Aregbesola who has so brilliantly laid the foundation will have turned Osun into a thriving commercial and industrial beehive. We salute his foresight. Breaking the mould Aregbesola is putting the big ‘D’ back into the development process. We are now seeing real, sustainable development embedded on long-term visionary planning in the state of Osun.
This is why history will be very favourable to the Aregbesola initiative and policy thrust. 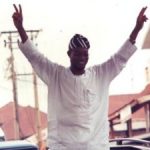 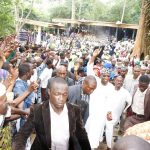