When Students, Stakeholders United Against Cultism In Osun 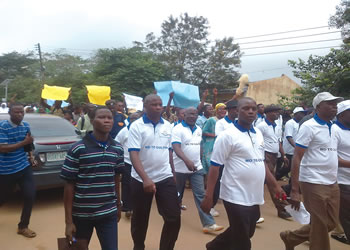 Authorities of the Osun State Polytechnics, Iree, recently stepped up efforts at curbing incidence of cultism and violence in the institution. STEPHEN GBADAMOSI, who witnessed a rally organised to sensitise the students to the menace, reports.
CULTISM is one of the vices militating against qualitative education in Nigeria, particularly at the tertiary level. Thus, when the management of any institution takes the fight against the menace directly to the students, then, it would appear that stakeholders are taking the problem seriously.
This is what happened to be the case at a recent anti-cultism and go against violence campaign organized by the management of the Osun State Polytechnic, Iree, recently. Students of the polytechnic, their teachers, parents and experts on security had gathered at the multipurpose hall of the institution as early as 10.00 a.m. for an epoch-making event.
Members of the school’s cultural troupe had been sending the students present on a frenzied ecstasy and applause as they doled out tunes on anti-violence themes. Not less than 90 per cent of the youths spotted specially designed vests that had inscriptions campaigning against cultism and violence on campus, while many carried banners and placards that announced their resolve not to allow the menace to rear its ugly head on the campus again.
Though the atmosphere appeared charged, with whispers here and there that some of the members of the secret cults might be marking students taking active part in the campaign against them, the students were undaunted, as they jubilantly danced around the hall and other parts of the campus, clad in their vests or banners with which they wrapped themselves.
Not quite long after, the rector of the polytechnic, Dr Jacob Agboola, arrived the venue, in company with dignitaries that had been invited to talk to the students on subjects ranging from the social, economic and legal implications of engaging in cultism to repercussions of engaging in violence on campus. With him were the institution’s Deputy Rector, Dr Femi Ademiluyi; the Acting Bursar, Mr Femi Okediya; Dean of Student Affairs, Alhaji Adebisi; as well as the guest lecturer at the occasion, pastor (Mrs) Opedun, an Ondo State-based expert on cultism renunciation campaign.
Alhaji Adebisi, who opened the session with a speech, while explaining the rationale behind the programme, noted that the fact that cultists operated in secrecy was enough to put off any student whose purpose on campus was to make something out of his or her life.
“In the past few weeks, crime has grown on campus. That is why the present management took some steps. In the last four or five weeks, we have arrested eight cult members and handed them over to the police authorities. We are also collaborating with community leaders and vigilance groups. This is apart from the fact that the institution has hired private security operatives.
“Among the steps we have taken to curb crimes and violence on the campus is the ban that we placed on sale of alcohol on campus. We are also doing sensitisation programmes so that our students will recognise the evil in cultism. This is one of such programme. What we are saying is that the current management of Osun State Polytechnic, Iree has zero tolerance for cultism,” he said.
The rector, Dr Agboola, while addressing the students, said members of the management team of the institution, being parents themselves, saw it as their responsibility to ensure the safety of the students while on campus.
“The management of this institution knows that it is its responsibility and duty to ensure students’ safety.
“About a time in 1994, there used to be upsurge in the activities of cultists. Since then, we have stepped up effort to stem the tide; we have been arresting them. But suddenly, about two years ago, we discovered that they have been regrouping and planning to make their presence known again. We have decided that whatever it takes, we will stamp out cultism in this institution. We will not allow anybody to terminate your life abruptly; we will not allow darkness to take over here. The law of Nigeria does not permit cultism on any institution’s campus; it is a crime,” the rector warned.
Pastor (Mrs) Opedun, while delivering her lecture in from of the mammoth crowd, noted that recently, 11,000 cultists renounced it in Bayelsa State, adding that it was not impossible to leave the illegal gangs. She quoted copiously from the Bible, verses that are against the menace of cultism, while explaining to the students how cultism could destroy their lives and make the real dream of their parents sending them to school to come to futility.
A security expert, Mr Akin Adeyi, who also addressed the crowd of students explained that it was only students who lacked security and confidence themselves that usually joined cult groups, adding that this was why it was always difficult for them to come out and renounce it in public, even when they were no longer having it good in the fold.
He said the though the occasion was not one to apportion blames, it was evident that government, institutions, parents and all other stakeholders had one portion or the other to share in the blame over how cultism had eaten into the fabric of the nation’s educational sector.
The security expert went to enumerate steps to be taken by stakeholders to rescue the sector from the evil of cultism.
Thereafter, hundreds of the students took part in a procession round the campus, campaigning against cultism and displaying various placards with inscriptions that bore their messages 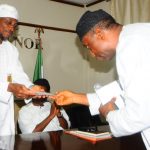 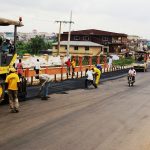