AREGBESOLA, OSUN C.A.N MEET: We’re Ready To Work With Govt For Success In Education Reforms – CAN 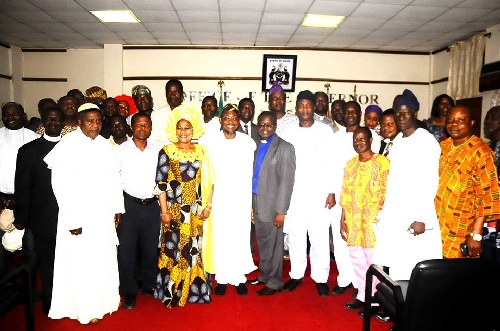 THE STATE OF OSUN CHRISTIAN ASSOCIATION OF NIGERIA, CAN, GOV. RAUF ADESOJI AREGBESOLA, DEPUTY, OTUNBA TITILAYO TOMORI AND OTHER GOVERNMENT FUNCTIONARIES AFTER THE TRUCE MEETING BETWEEN BOTH PARTIES

Sources at the meeting informed that the parley which lasted for about three hours, witnessed the two parties stating their positions with explanations from both parties.
At the beginning of the meeting, a position paper was said to have been given to the Governor which contained all areas of concerns by CAN especially on the ongoing reforms of schools and the Sukuk bond which the state recently took.
In the presentation by CAN read out by a representative of the association, the association said it has concerns over suspicions that the administration had intentions to erase Christian values in schools through its many policies.
Also the Chairman of CAN in Osun, Mr. Elisha Ogundiya, said the association’s apprehensions were based on what is believed to be the surreptitious moves by the administration to Islamise the state by removing Christian practices from the schools.
Specifically, CAN allegedly asked the governor, why of all funding instruments available in the world, the state government would go for an Islamic bond which gives them the suspicion that schools might be prevented from observing Christians ideals in the future.
In allaying the fears of the CAN leadership, Governor Aregbesola called on his Deputy who also doubles as the Commissioner for Education, Mrs. Grace Titi Laoye-Tomori, and the Commissioner for Finance, Dr. Wale Bolorunduro, to explain issues bordering on education and finance respectively.
Tomori was quoted as telling the Christian leaders that none of the policies of the administration are schemed against any faith. She said the re-classifications that are ongoing are meant to give Osun children better and more functional education regardless of their religious backgrounds.
She told the meeting that government, in embarking on its reform programme, had taken cognizance of the religious sensibilities of all stakeholders even when she said that the government’s re-classifications only concerns schools owned by the government.
She reminded them that 38 years ago, a law had taken over schools from all Islamic and Christian missionary organisations adding that as government committed to standards of education, government would not fold its arms and watch the rot that had culminated in the turning out of ill-educated citizens.
She reminded the Christian leaders that as a devout Christian herself and one who is serving in an administration that is dominated by Christians who play pivotal roles in their various denominations, it is impossible for Christians to be short-changed through any policy of the administration.
Bolorunduro, who, according to the source at the meeting, explained the concept of the Islamic bond to the Christian leaders, said Sukuk is the best funding instrument for now which is the lowest interests adding that the only condition is that it cannot be used to fund any project that will promote indecency, prostitution, and any other vices that Islam abhors.
The Commissioner for Finance reminded the Christian leaders that the same vices that Islam condemns are those that are not acceptable to Christianity telling them of the need to find out more about Sukuk to discover its merits.
The Governor, in his intervention at the meeting, was quoted as asking the Christian leaders not to restrain themselves from asking any question giving them anxieties.
According to the governor, the reform and re classification became necessary so as to secure and guarantee the future of the state’s school children.
“We have repeatedly made it clear that the interest of children and their future majorly informed government’s policies on education. It is not in the policy and plan of government to deprive any person, group or religion of their rights in the process. Rather the government is cognisant of the interests of all stakeholders and are ready to protect them. I have listened to CAN and understand your concerns as religious leaders and I assure you that this government cannot wish you or your interests away the way we cannot wish other religious groups away”
Aregbesola said his government took into considerations all stakeholders assuring them that it would not be in the interest of his administration to favour any group above the other.
The chairman of CAN who spoke last and prayed to end the meeting, said CAN leaders were better informed and would do all within their capacity to cooperate with the government to ensure the success of the reforms projects. 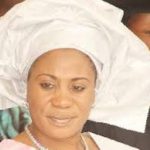 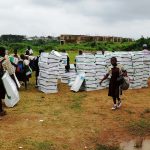