The Deputy Governor of Osun, Mrs Titi Laoye-Tomori, on Wednesday said that the implementation of the schools’ re-classification policy was aimed at overhauling the education sector. Laoye-Tomori gave this assurance in Osogbo when she addressed members of Osun Parents’ Association (OPA) who came on a visit to express solidarity with the government on the policy.
The deputy governor, who doubles as the state’s Commissioner for Education, said that a UNESCO report in 2010 placed Osun as second to the last state in terms of educational development in the country. Laoye-Tomori said that this was why the state government initiated the schools’ re-classification programme so as to improve the education sector of the state. She described the initial difficulties being encountered in the policy implementation as part of teething problems associated with change, adding, however, that the problems were being addressed by the government.
Laoye-Tomori said that as part of the efforts to improve the education sector, the state government had spent over N3 billion on its “O-Meal school feeding programme’’. She said that through the programme, more than 300,000 pupils in public elementary schools were being fed on a daily basis.
The Chairman of OPA, Dr Ademola Ekundayo, said that the schools’ re-classification programme would positively impact on the students’ learning ability in public schools. He said that the parents were at the secretariat to convey their support for the programme which was aimed at revamping the education sector. Ekundayo appealed to the critics of the programme to support the government in efforts to implement the policy.
(NAN) 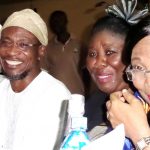 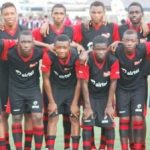