Osun State police command has assured the residents of the state of adequate security during the forthcoming Eid-El-Kabir celebration.
The State Commissioner of Police, Mrs. Dorothy Gimba gave the assurance on Friday in a statement issued and signed by the State Police Public Relations Officer (PPRO) Mrs. Folasade Odoro, copy of which  was made available to newsmen in Osogbo.
Mrs. Gimba while congratulating the Muslims on the festival appealed to them to celebrate the festival peacefully.
She assured that adequate arrangements have been put in place by the command to ensure Eid-El-Kabir is hitch free adding that the command has put in place water tight security during this period and beyond.
The Commissioner who appealed to the residents to volunteer prompt and useful information in case of any infraction of the law, said that security operatives have been put in strategic locations to ensure maintenance of law and order.
DAILY INDEPENDENT 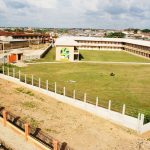