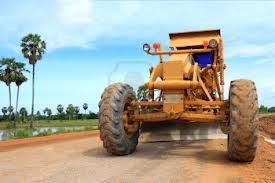 The State of Osun House of Assembly has directed the contractor handling Ajegunle/Fajuyi/Igboya and Ooni/Ila roads in Ife Central Local Government Council Area of the state to convince the House why the contract should not be terminated.
The state parliament gave the directive on Monday at a meeting with the contractor handling the roads and officials of the local government council and the State Ministry of Works and Transport.
Presiding over the meeting, the Chairman, House Committee on Works and Transport, Honourable Abiodun Awolola, expressed displeasure over the low pace of work on the road project.
According to him, “the development of Ile-Ife is so important to us, being the source of Yoruba race and we will not condone any contractor who connives with government officials to jeopardise the effort of the government in providing good roads for the people.
“There have been pressure from the people of the State about the low pace of work there and if we don’t do what we need to do, how do you want us to explain to our people?
“When you are coming back here on Thursday, you have to convince us why the contract should not be terminated,” Awolola said.
The House then directed that the contractors should liaise with the government officials in-charge of the projects, with a view to sorting out the cause of the delay.
However, while Engineer Oladeji claimed that the project was 25 per cent completed, the Director of Works in Ife-Central Local Government Council, Engineer L.A Salawu, objected, claiming that the level of work was about 14 per cent completed.
Sequel to the directive of the House, both the contractor and the government officials in-charge of the project then promised to fashion out ways of ensuring that the project is completed on time. The contractor has then being ordered to appear before the committee on Thursday to brief the House on the matter.
OSUN DEFENDER 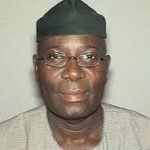