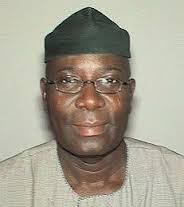 What are your achievement as a the member of the National Assembly from the Osun-West District?
When a legislator begins to spell out his achievements like the executive, it further reminds us of our defects and our own brand of democracy. Under normal circumstances, a lawmaker is to represent his constituency, and give voice to his or her people in every piece of legislation that should be pushed forward, but it is quite obvious that our constituents are demanding some results different from lawmaking and oversight functions. In the light of this, I must say that, in the last two years, I have attracted some projects to my constituency in Osun. For the past two and half years of being a member of the senate representing Osun west District. I was able to contribute immensely to robust debates on national issues that affect my senatorial district and Nigeria in general to improve the well being of Nigerian youths reduce unemployment and poverty in the land. I sponsored a bill, which was read as first reading in the Senate and it is ready for second reading (The bill is seeking gender equality in the society), and I sponsored a motion on rehabilitation of all national stadia in the country, which was approved by the senate and refered to my committee for investigation. However, I initiated a lot of federal projects to various local governments within my senatorial district such as building of schools, sinking of boreholes erection solar energy poles and, of course, distribution of 500kva of transformers to all the local governments in my senatorial district, not mindful of what I did positively to better the life of individuals, especially in the area of securing federal job appointments such as Custom Immigration NDELA Technical Corp and some others for quite a sizeable number of people.

How would you rate the performance of Governor Rauf Aregbesola?
Let me paint the picture before the APC-led government took over. our people were made to contend with economic blunders, which rendered Osun to a civil service state; another name for a failed state; a situation that compelled Aregbesola to seek new window of economic opportunities in the state through his six-point action plan known as ‘O’ concept. Through the concept, the issue of capital flight was addressed. Another landmark was how the APC government led by Aregbesola removed Osun from the list of perpetual debtors and insolvency. As a matter of fact, the way and manner he bought back the suffocating loan bequeathed to him by his predecessor was another as financial surgery. Today, Osun has become a bride for investors, and it is on record that the state has the lowest unemployment rate, according to the Federal Bureau of Statistics. The infrastructural development in the state of Osun under the leadership of our amiable Governor Ogbeni Rauf Aregbesola cannot be overemphasized.
Since the beginning of this administration, we have launched a very aggressive economic drive which has positive impact on the citizenry such as OYES, OMEAL OREOS, OBOPS, OFISH, OHONEY, OBEEF, rehabilitation and construction of middle school and secondary school and elementary school a lover the state the Road Network are not behind our government is comparable with previous administration because Rauf has the Zeal focus and the commitment to take Osun to the next level.
THE NATION 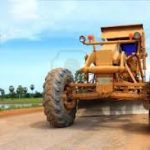 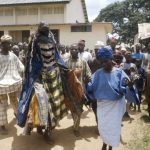