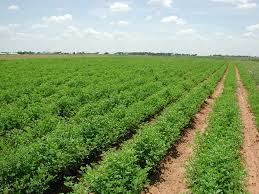 Governor, State of Osun, Ogbeni Rauf Aregbesola has disclosed that agriculture is an important component in the blueprint of his administration.
Aregbesola revealed this recently in Kigali, Rwanda in an interactive session with AgroNigeria after his keynote address at the EMRC 2013 Agribusiness forum.
He stated that there is no way economic development can take place if agriculture is not embraced.
According to him “you cannot talk about economic development in the rare sense without agriculture. We realized that most of the scourge plaguing our people is food and agriculture related; that is why we made it a major component of our administration”.
Speaking further, Aregbesola said there is no way poverty can be banished on a large scale outside agriculture, adding that besides the support agriculture gives to guaranteeing food security, it is the only occupation that can engage a large number of people.
While speaking on the importance of agriculture to his administration, the governor noted that three out of the six integral action plan of his administration are agriculture related.
In his word, I must let you know that the three core components of our six integral action plan are banishment of poverty, banishment of hunger and banishment of unemployment. All these are related to agriculture”.
“We have resolved to use Osun as a model through which agriculture can be used to bring about economic growth and sustainable development that would be solidly grounded in food security” He explained.
Aregbesola who bagged an award from EMRC at the Agribusiness Forum also hinted that he is out to make agriculture the platform for transforming the socio-economic growth and development of the society.
AgroNigeria 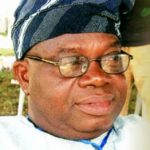