Governor of the State of Osun, Rauf Aregbesola has disclosed plans to provide 5,000 jobs through the Office of Economic Development and Partnership (OEDP).
The governor said 5,000 different jobs would be provided through the animal husbandry and allied industries. He added that the scheme would be managed by the private sector under the Public Private Partnership (PPP) agreement with the state government.
Aregbesola, who spoke at Oloba Cattle Ranch through the Secretary to Osun State Government, Alhaji Moshood Adeoti, reiterated his commitment to animal husbandry as part of his agricultural programmes to reduce dependence on other parts of the country for meat.
No fewer than 2,600 rams fattened at the Oloba farm were sold to Muslims in the state for the Eid-El-Kabir festival.
DAILY TRUST 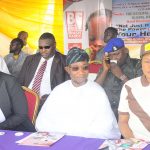 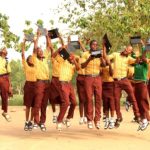