Osun State has experienced dramatic alterations in several spheres of infrastructural and human capital development in the last three years since the advent of the Rauf Aregbesola administration.Three years ago when Aregbesola was inaugurated, he pledged that he would offer the people of Osun a friendly government, a government totally committed to unlocking the latent potentials of Osun people.The education sector is perhaps one of the most noticeable and talked about sectors that have received the imprint of the Aregbesola administration.
It flowed from the education summit spearheaded by renowned Nobel Laureate, Professor Wole Soyinka and other stakeholders in the education sector, which was convened by the current administration shortly after assuming the mantle of leadership of the state on 27th November 2010.Prior to the inception of the present administration in OsunState or the State of Osun as the Aregbesola has restyled the state, no one would ever have imagined the changes.Public education had been so badly managed that only pupils whose parents could not afford the financial implications of a private school were left in the public schools. The students, especially those in primary schools were roughly dressed and mal-nourished. School buildings were in dilapidated state, students’ performance both at the internal/external examinations were abysmally poor.One of the steps taken by the current administration in sharpening the sector is the provision of two pairs of unified school uniforms to each of 750,000 pupils in all the public primary and secondary schools across the state to boost the morale of the students and further promote unity among the public schools in the state.
The provision of the uniforms free of charge reportedly gulped a whopping N800million aside from N1.8billion being injected for the running of basic education.No fewer than 3,000 tailors were contracted by the government to sew the new uniforms made of Adire batik. The material was chosen to empower the artisans and Adire makers in the state and as well make the state a reference point for its creativity to others.The administration is also injecting a whopping sum of N30billion to give a new lease to the structures and classrooms under which pupils studied going by the recommendations of the summit.Under the arrangements, the state government is constructing 170 new model schools across the state to replace the dilapidated buildings with state of the art facilities expected to enhance and stimulate the teaching and learning environment.To further stimulate the interest of students to learning, the government said it is reducing the burden of having to go to school by replacing books with computer tablets invented for that purpose.
The device designed in form of an iPad called “Opon Imo,” has a software containing the entire senior school syllabus, including Yoruba traditions, past questions of the West African Examination Council (WAEC), National Examination Council (NECO) and Joint Administration and Matriculation Board (JAMB) for 10 years in the software design for the system.The government’s achievements in the education sector have, however, been trailed with controversy, notably in the reclassification scheme of the schools. That scheme has been especially criticized by the opposition in the state and the Christian Association of Nigeria, CAN which has flayed it as a scheme directed against Christians.The administration has also made landmarks in security to the extent that OsunState is today one of the most peaceful states in the country.
Apart from the regular police manning the state, government set up dedicated crime response teams nicknamed Swift Action Squad (SAS), who are now visible in strategic areas in the state as well as identified troubled sports.Not done yet, additional 100 patrol vans were also to be provided for the SAS and seven more police state to be built.  Currently, a state –wide distress management system, which would allow security agency to respond within 40 minutes, is being developed so as to guarantee effective and efficient crime, detection, crime prevention and crime control.In addition to this, a community policing network is also evolving to boost security network across the country. Because security must be all-rounder, government recently purchased a helicopter for SAS for area surveillance of the state.  Aregbesola’s government intends to make the state crime-free.
The administration has also made strategic improvements in the health sector and embarked a social security system tagged Agba Osun (Osun Elders), under which the government selected about 1, 600 most vulnerable people across the state and placed them on monthly stipend of N10, 000 for their upkeep.The youths have also been boosted with an empowerment scheme dubbed Osun Youth Empowerment Scheme otherwise called OYES.
VANGUARD 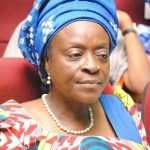 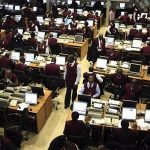