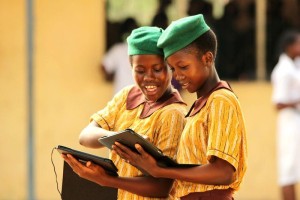 World Summit Award (WSA) Out of 461 entries nominated from 100+countries. 17 Grand Jury members converged for three days in the city of Tallinn, Republic of Estonia, Northern Europe to judge and choose winners for 2013 WSA Summit Awards.
Under the category of e-Learning and Education, OPON IMO entry from NIGERIA, State of Osun, emerged above all others to win this e-Content Creativity competition. Read More…

Towards the end of Nigeria the Beautiful, a dance drama staged on Thursday, August 22 at Government House in Osogbo, a spectacled character in the traditional up-and-down dress worn by those in the Niger Delta, complete with bowler hat, dominates centre stage. His appearance raises a murmur in the audience. There is no doubt the historical figure he is playing in Nigeria’s tortuous journey to nationhood and fragile existence since amalgamation in 1914.
A stage bedecked with the Union Jack and the map of Nigeria inset, the be-whiskered matchmaker himself, Lord Lugard, who presided over the union of the various ethnicities take his turn, played to the hilt by Paul Alumona, though without the luxurious walrus. Read More…

Governor of the State of Osun, Ogbeni Rauf Aregbesola, has said his state is an emerging investors’ destination which all investors in and out of the country must court with the emerging robust opportunities in commerce, tourism agriculture and other sub-sectors of the economy.
Aregbesola, who identified human capacity building and empowerment as effective ways to combat poverty in the country stated that a nation intends to fail the moment its government’s policies and programmes are not targeted at empowering its citizens.
The Governor spoke in Lagos Tuesday evening at an investment forum put together to drum up support for the State of Osun’s N10bn (Ten billion) Sukuk (an Islamic bond). Read More…

The Government of the State of Os

Aregbesola, who identified human capacity building and empowerment as effective ways to combat poverty in the country, stated that a nation intends to fail the moment its government’s policies and programmes are not targeted at empowering its citizens.
According to him, “my administration is people-centred, which is why the State of Osun has the least ratio on the poverty index and unemployment rate in Nigeria. “This is why our government is poised on investing on the people of the state so as to expand the economy and create more wealth. Our various investments in education, health, transportation, agriculture and social infrastructures are therefore directed towards achieving optimum level of human production,” he said.
Read More..

In furtherance of her drive for innovation and transparency, the state government of Osun is unveiling a new online platform under its ‘New Media’ plans. The government, through this effort, seeks to raise the bar of public engagement and deepen the Osun brand in the increasingly vibrant Nigerian online space.
The Osun New Media Project seeks to provide the global online audience with a one-stop shop for uniquely robust coverage of Osun. This online platform will break from convention by showcasing information beyond the state government. The platform will avail the public of such information that is more relevant to the needs of citizens (local and diaspora), investors and interested parties. Read More…

OSUN – Focused On The Prize

Good governance is the transparent and accountable management of human, natural, economic and financial resources for the purposes of equitable and sustainable development. The importance of good governance and the management of public affairs are central to the aims and agenda of any government. As with any country or state, citizens entrust its governments, the public sector and state enterprises with their tax money and the resources of their country to manage the public good, present and future, and to provide essential services and infrastructure.
Good and effective Leadership makes a whole load of difference. And leadership is not just about obstructionism. Leadership is also not about caving every time you get pushed. Leadership is about understanding and communicating to the people. Read More… 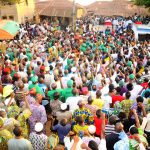