The Osun State government’s financial institution, the Omoluabi Savings and Loans Limited, has recapitalised with additional N1.65 billion shares.
Speaking with reporters in Osogbo, the state capital, after a board meeting, the Chairman of the Board of Directors, who is also the Commissioner for Finance, Economic Planning and Budget, Dr. Wale Bolorunduro, said the firm is offering 3 billion shares at 59 kobo per share.
He said the recapitalisation would reawaken the capital market with the recapitalisation.
The commissioner said: “The company would be breaking the jinx of the five years absence of Initial Public Offer (IPO) in the country since the crash in the capital market by listing 3 billion shares for offer at 50 kobo per share on Friday, December, 27, 2013. The offer closes that day.”
He said the recapitalisation means that after subjecting the company to the discipline of the Security Exchange Commission (SEC) and the Stock Exchange, it has been opened to ownership for more indigenes and residents of Osun State.
Bolorunduro said it is an opportunity for workers to buy more shares and earn dividends as well as borrow with ease.
He said increase in shares means increase in money with which the company can do business as well as the mortgages it can grant to people.
The commissioner said: “This is another way of bringing succour to the people, who cannot approach commercial banks.”
He said the recapitalisation became imperative as a result of the Central Bank of Nigeria’s (CBN’s) statutory regulations, which end on December 31.
Bolorunduro assured that more housing mortgages would be available on long term as an added advantage of the recapitalisation.
THE NATION 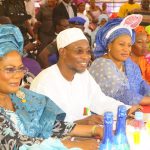 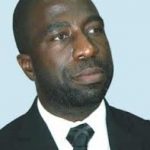