Osun Cities Are Not For Breeding Criminals Says Aregbesola

Governor Rauf Aregbesola spoke tough at criminals and prospective trouble makers, Monday at the commissioning of the Oranmiyan security tower and ultra modern shopping complex situated at Lagere area of Ile- Ife.
The crowd was a mammoth- drawn by the usual compelling attractiveness and charm of the Osun Governor- as he danced to various traditional songs and other vocal or instrumental musical performances by various groups as part of the highlights of the event. Governor Aregbesola also sang a number of Ife traditional folklore to the admiration of the audience.
Amid the jollity mood of the gathering, the Osun governor underscored one of the major essence of government as the provision of adequate security for the people along their welfare. “It is under this environment that people can enjoy their liberty, engage in fruitful and legitimate economic activities and realise the full potentials of their personality”, he said.
He stressed further that as the chief security officer of the state, he will ensure that criminality is fought with every available mean; adding: “Our cities can not be breeding grounds for criminals and bandits, whoever starts the fire of violence and chaos in Osun will be the ones to dance in it”
The 140-feet-high security structure contains the cipher rooms, media rooms, rapid response rooms and surveillance rooms, the twenty-four hour surveillance building also has a state of the heart computer room installed and to be manned by ICT experts that will coordinate surveillance cameras installed at the rooftop of the building. This development further shows that “Osun is an ICT-compliant state. This Tower also validates this claim”, said Aregbesola.
As part of efforts to also elevate the aesthetic and social aspect of the building, a 3-storey room is also constructed and 3 (LED) television of 10 foot square is also mounted at the frontal walls of the edifice purely for social activities.
The commissioning of the Oranmiyan Security Tower is another marker of unprecedented governance which the administration has been running in the state for the past 36 months.
Aregbesola stated further that like many other programmes of government, the Oranmiyan security towers and ultra modern shopping complex will have direct positive impact on lives of the people of Ile-Ife.
According to him, the project will enhance security of lives and property of the people; just as the ultra modern shopping complex will facilitate rapid flourishing of trade and business in the city, there by contributing to the economic growth of the state.
Aregbesola praised the efforts of the Executive Secretary of Ife-Central Local Government Area- Dr. Taiwo Olaiya for the commitment in the building of the tower; which he described as a red alert for trouble makers. He warned that criminals and trouble makers will pay dearly for any criminal tendency “because there will be no hiding place for them”.
BIOREPORTS
58 Views
1 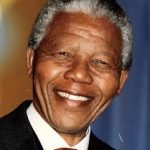 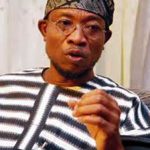