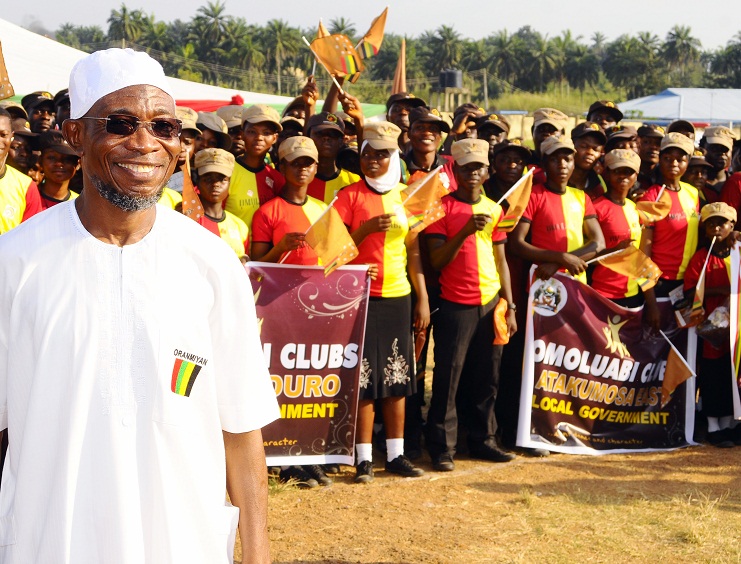 The Governor of the state of Osun, Ogbeni Rauf Aregbesola, has warned that his administration would not tolerate any act of lawlessness from any group or individual, irrespective of strata. Aregbesola made the declaration during the recent graduation of 410 Osun Youth Empowerment Scheme (OYES) cadets trained at the Osun-Odua Farmer’s Academy at Ede.
The governor, who described the attack on the Principal of Ejigbo School of Science as unacceptable, noted that no individual or group is allowed by the constitution to take laws into their hands.
He stressed that henceforth the state government would not treat such case with kid gloves, saying that anyone caught with such uncivilised act would be made to face the law.
Speaking to the graduates, Aregbesola said his administration’s involvement of youths in agricultural enterprises is another way through which his administration is tackling the menace of youth unemployment.
He explained that the programme was borne out of the present administration’s commitment to equip the youth and enhance their capacity to earn decent and virtuous living.
According to him, “what we are witnessing today is the culmination of our administration’s resolve to equip our youths with requisite skills that will enable them to contribute adequately to agricultural productions, even as they legitimately earn a decent living.”
The graduation ceremony, he noted, was an opportunity to “hoist aloft for all to see the fruits of responsive and responsible governance that only the healthy tree of focused and visionary leadership can yield.”
He told the graduating youths to realize that their training had provided them with necessary skills and empowerment “to earn a decent living, create wealth, and contribute to the cause of banishing hunger through agriculture”.
While challenging them to make the best use of their training, Aregbesola said, “With your training, you have been snatched off the perilous jaws of joblessness limiting the advancement of many youth.”
The Governor sounded a note of warning before the gathering which included top public servants, community leaders and captains of industries that idleness of youth and lack of productive engagements would not bode well for the socio-economic development of any society.
Aregbesola also stressed the need to tap the invaluable asset of youth and channel their energy towards the development of self and society that his administration initiated youth-focused programmes.
The governor pointed out that through the OYES and the O’REAP Youth Academy, the state is providing decent jobs for a vast majority of its youths.
According to him, “The specialised skills and techniques that the youths acquire at the month-long agricultural training programme empower them to effectively participate in the agricultural sector as significant stakeholders.”
Furthermore, the governor stated that the practical training in modern farming techniques broadens the horizons of the participants while adding depth to their managerial abilities as well as strengthening to creatively address societal challenges through agricultural endeavours.
He assured the graduating youths that “the experience they garner from the trips they made to different successful farm establishments will later aid them when they start to manage their own agro-allied enterprises.”
Nigeria, Aregbesola reasoned, is a country that has no excuse for importing food that her citizens could produce in large quantity.
Earlier in his address, Osun Commissioner for Agriculture and Food security, Mr. Richard Adedoyin, noted that the state, upon realising that agriculture is a rewarding business, has invested and encouraging youths to become active participants in the sector.
THISDAY 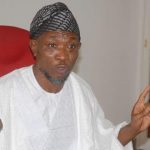 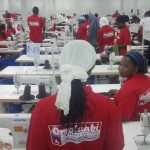