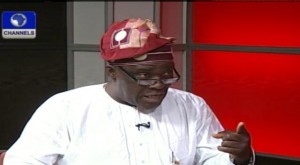 The Chairman of the Osun Schools Reclassification Committee, Dr Ayodele Owoade, has said that the reclassification and merger of schools in Osun State indeed came with challenges, but the government has dealt with them.

While speaking on Sunrise Daily on Channels Television, on Tuesday, Dr Owoade said that students had settled-in in many of the schools across the state and there was really no crisis.
This assertion was contrary to what was portrayed in Iwo on Monday where students of Baptist High school appeared in different religious garments.
Owoade, whose interview came immediately after the Chairman of the Christian Council of Osun State, Testimony Onifade, had appeared on the programme, noted that out of all the schools in Osun State, only about 3 schools have had such issues with the merger.
He went further to explain why the government embarked on the reclassification and merger exercise.
According to him, the government discovered a serious rot in the education system of the state through the investigation of its committee which revealed low teachers’ moral and student performance, as there were schools with teachers and no pupils, while some had pupils with no teachers.
He also said that one of the recommendations of a 2007 summit was that there was a high level of malnutrition among pupils, which would affect academic performances and this made the government to start the feeding of the children immediately and making the reclassification and merger a gradual process.
He noted that the committee never recommended a reclassification and merger but it was embarked on because the government identified it as a way to sanitise the sector.
The state, before reclassification, had the regular system of Primary School, Junior Secondary School, and the Senior Secondary School.
In order to group the children together based on their age bracket and their needs which were expected to be same. The state created the Elementary School which has Grade 1 to 4 and made up of the old primary 1 to 4; Middle School which joined the old primaries 5 and 6 with the Junior Secondary School; and then the High School for the old Senior Secondary School.
He noted that all the different classifications were made to be in same premises to ensure that their needs were taken care of and discipline was also better managed, as the disciplinary situation was also in a terrible rot calling for drastic action.
Responding to Reverend Testimony Onifade’s earlier claims of missions being involved in the welfare of their schools, Owoade said that there was nothing like Christian and Muslim Public School, as all schools were owned by Government, and their names were only retained out of benevolence and respect for the founding organisations.
He also alleged that it was misguided people that were buying uniforms for non-students to cause problems.
He, however, confirmed that government truly did not supply Hijab with the uniforms they gave the students, and claimed that the government also took into cognisance the sentimental attachments of the people to those schools by merging schools with similar backgrounds.
Dr Owoade said that the reason the government had refused to return schools to their missionary owners was because education in the state was supposed to be free and they believed that the missions would turn them to private fee paying schools, thereby making many of their students unable to pay.
He insisted that the Governor of the State of Osun, Rauf Aregbesola, was not ‘Islamizing’ education in Osun State, claiming that it was the politics of the moment that was getting into the situation and making it look bad to the public.
Dr Owoade, also spoke about the distribution and impact of the ‘Opon Imo’ and other innovations of the government in the education sector.
CHANNELSTV
78 Views
2 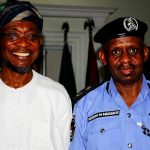 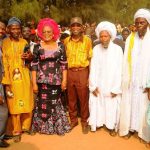