Without increasing tax levies whatsoever on any tax payer, the State of Osun is now on the pathway to making the State self dependent as far as revenue generation in the State is concerned.
This was made known today by the Acting Chairman/CEO, Internal Revenue Service, Mr. Dayo Oyebanji while receiving the Fidelity Bank team who are in charge of training.
According to him, part of the modalities employed to make a wholesome achievement in revenue generation is the engagement of staff, on tax related skill acquisition.
Meanwhile, the programme is set to engage Osun Internal Revenue Service (OIRS) Tax Station Managers, and train them on more skill acquisition that would prepare them towards realizing increment in internally generated revenue in the state.
Therefore, the step taken on staff training according to him was borne out of a need, to keep them abreast of the contemporary issues that are going on in the domain of revenue generation through the use of Point of Sale Terminal (POS).
OSUN NEWS 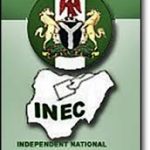 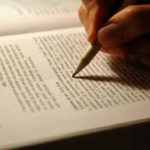