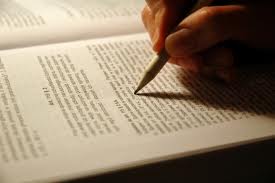 The Year 2014 Compulsory Service Examination for Interested Civil Servants and Local Government staff in the State of Osun have been slated to hold between Monday 10th March to Friday 14th March,  2014 at Ataoja School of Science and African Church Grammar School both in Osogbo simultaneously.
This was contained in a press release signed by the Permanent Secretary, Ministry of Education, Mr. Lawrence Oyeniran.
According to the release, all administrative Officers in both the State and Local Government services are enjoined to note that Government has approved the inclusion of English Language as a compulsory subject and replacement for Local Legislation and General Paper.
The statement added that, it is mandatory for all candidates to collect two copies of their identity cards for completion and submission at the examination centre, as well as checking their examination number and time table at the Curriculum Development and Evaluation Department of the Ministry of Education.
OSUN NEWS