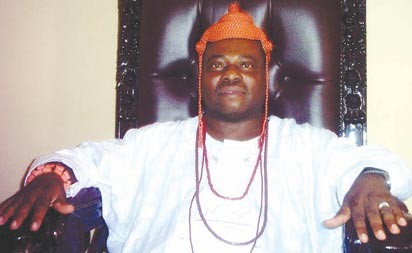 The Timi of Ede, Oba Munirudeen Adesola Lawal, Laminisa I, has enjoined the Osun State government to sustain its zero tolerance for environmental degradation to flood and other environmental disaster in the state.
Oba Lawal stated this during the bi-weekly market environmental sanitation exercise, last Thursday, supervised by the wife of the state governor, Alhaja Sherifat Aregbesola, in Ede.
The traditional ruler, who noted that the bi-monthly sanitation introduced by the present administration in the state had inculcated virtue of cleanliness in them, charged government to intensify its campaign against unwholesome environmental practices in the state.
Addressing market women, Alhaja Aregbesola, who is also the Ambassador of Community Lead Total Sanitation (CLTS), urged them to always keep their environment clean and ensure day-to-day sanitation in their markets to free the state from all forms of communicable diseases.
Alhaja Aregbesola, who emphasised the need for people of the state to imbibe culture of washing their hands with water and soap, maintained that the state would not relent in its efforts of sustaining zero tolerance for open defecation.
She called for collaboration of all stakeholders in the state in the task of promoting hygienic environment so as to improve standard of living of the citizenry.
She also expressed satisfaction over the commitment of market women to the sanitation exercise, saying that women had demonstrated that they were fully keyed into environmental programmes and policies of the present administration in the state.
BIOREPORTS 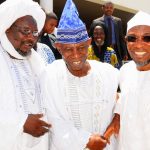