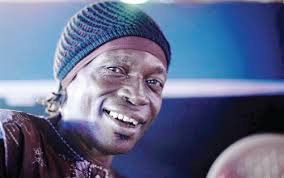 Afro beat musician and a former member of Fela Anikulapo-Kuti’s Egypt 80 band, Duro Ikujenyo, thought he had known all about his native Yoruba culture and tradition until he had a chance encounter with the famous goddess of fertility, Osun, opened his eyes.
“I didn’t know much about Osun until I observed some friends of mine from Brazil and Cuba writing songs about Osun. I felt ashamed that foreigners could show so much reverence for a deity that originated from my own homeland. I must confess that I hardly knew enough about the religion and history of my people. A lot of things had changed. So I decided to learn more about Osun,” he says, in a recent interview with our correspondent.
Ikujenyo says he was privileged to attend a past edition of the Osun Osogbo Festival. During the festival, there was an exhibition on the Trans-Atlantic slave trade in a small village close to Ijesha and he was there.
After the event, he gained a fresh insight into the real meaning of slavery. He continues, “I realised that the slave trade was not just what most people thought it was. Its scope and dimension was much bigger than I had imagined.”
After the Osun-Oshogbo Festival, he was moved to record a new album, a tribute to Osun the Yoruba goddess of fertility extolling her virtues and qualities.
Ikujenyo believes that Osun is closely connected with the future of Africa. He describes the deity as playing a pivotal role in a much-desired cultural re-awakening in the continent. “This is the essence of what I have done in my new album,” he says.
The product of his adventure is a six-track album titled Pe Osun, produced under the Gold Records label.
PUNCH 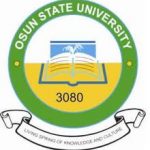