Osun’s Bill For Teaching Of Yoruba, Others

THE Osun State House of Assembly has passed a bill for compulsory teaching of Yoruba language, culture and tradition, civic education as well as physical and health education in public and private schools.
The bill was passed after a motion moved by the Deputy Leader, Mr. Afolabi Atolagbe and seconded by the member representing Egbedore, Mr. Abiodun Awolola.
Reading the policy trust of the bill, “Osun State Education Amendment Bill 2014”, Atolagbe explained that it would promote the use of Yoruba language, culture and tradition in schools.
The lawmakers unanimously supported the passage of the bill, which they said would help prevent the language from going into extinction.
They maintained that physical and health education, as part of the law, would enable the students to be physically fit.
THE NATION 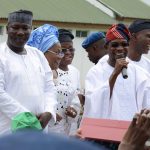 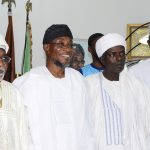