How We Deployed ICT To Prevent Rigging In Osun Election –Aregbesola 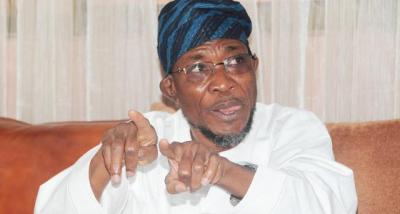 The Governor of Osun, Ogbeni Rauf Aregbesola has revealed how the deployment of Information Communication Technology (ICT) in monitoring and reporting of events as they unfolded during the August 9 governorship election in the state prevented falsification of results.
The governor, in a statement by the Director Bureau of Communication and Strategy, Mr. Semiu Okanlawon,was quoted as stating this while delivering a keynote address titled “Broadband: Oxygen for Digital Economy” at the Africa Digital Forum and Award 2014 organised by the ICT Watch Network at the Sheraton Hotels and Towers in Ikeja, Lagos Sunday evening.
Aregbesola pointed out that ICT was put to use by the various situation rooms set up by the government to monitor, get results and happening across all the units, wards and Local governments in the state helped in no small measure.
He bemoaned the situation of the country at this jet age lacking the capacity to deploy Internet and other advanced technologies to locate the whereabouts of the Chibok school girls several months after their abduction by Boko Haram insurgents.
The governor noted that Nigeria has a new opportunity for economic resurgence in the digital economy age, saying that the nation has the requisite infrastructure both material and human.
He said, “We have a huge human population (167 million) with equally immense needs. This is a potentially immense market with which we can trade our way from poverty to riches. Added to this is the demography of that population.
‎
“Our population is predominantly composed of youths who are energetic, enthusiastic, and innovative”. The governor stressed
Aregbesola noted that the Osun experience in the use of modern technology and the use of Internet could be a model for national ICT development on a non-partisan basis.
The governor pointed out that the use of ICT will enhance greater deployment and consumption of broadband.
According to Aregbesola, “In Osun, without being immodest, we can say that ICT has been a major plank of governance. We pioneered e-learning with the invention of Opon Imo. We have also been able to provide card based e-credit for farmers. Of course, we have also deployed e-based payroll and staff ID card on MasterCard platform directly connected to the holder’s account.
“We have also devised e-ID Card for all pupils in public schools and the card will now serve as payment instrument for our home-grown school feeding and health programme (O’MEALS).
“We set up the OYESTECH, an institution for training youths in the use, assembly and repair of electronic gadgets from plasma television, computers to mobile phones”. The governor told the gathering.
Aregbesola held that Nigeria has a great potential for enhancing development in this information age through the digital economy.
He noted that there are still huge potentials in road traffic monitoring and control, CCTV camera, weather monitoring and forecast, national population database among others.
He said, “What this means is that there is power and potential in numbers. A great number of people mean a potentially great variety of needs to be met.

“The good thing is that in meeting these needs, a self-reinforcing cycle is created in which people have access to employment, are productively engaged, earn income, create wealth, and spread prosperity with accompanying prospect of material uplift and satisfaction”. Aregbesola pointed out.
The governor added that any human mass is a potential source of wealth generation from which positive developments can spring, stressing that what is required therefore is creativity in turning the potential into public good.