Aregbesola Not Cause Of Unpaid Salaries – Chief Imam 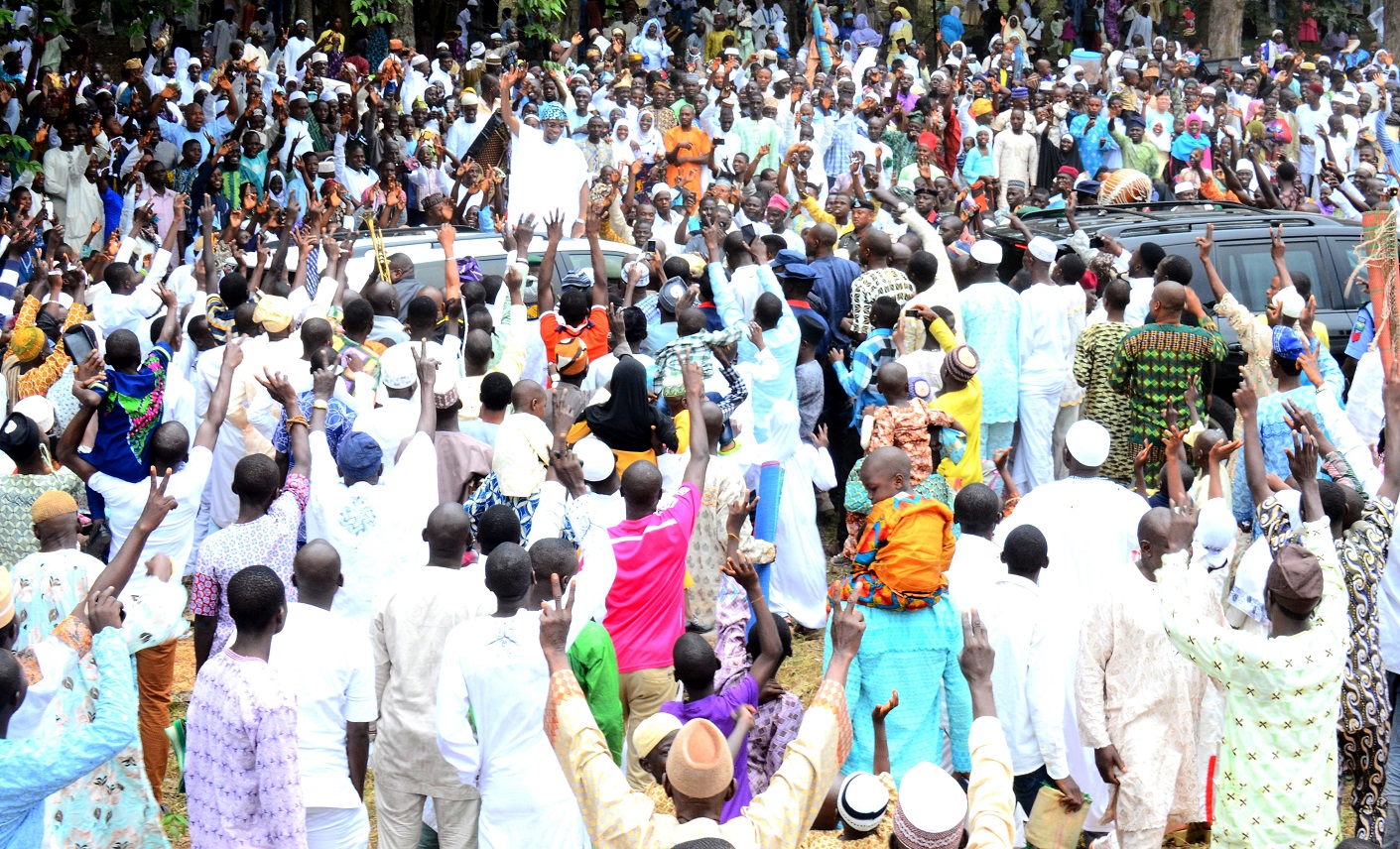 As Muslims in Osun State yesterday gathered to celebrate the Eid-el-Fitri, marking the end of this year’s Ramadan fast, Chief Imam of Osogboland, Sheik Musa Animasaun admonished residents not to blame Governor Rauf Aregbesola for the delay in payment of salaries to civil servants in the state.
Addressing Muslims faithfuls during the prayers, the Chief Imam said those doing that are only dissipating their energy, because the unpaid salaries and challenges facing the nation resulted from the malady afflicting the nation’s economy for which Nigerians must seek divine help.
According to him, “Governor Rauf Aregbesola cannot be accused of being the architect of the delay in the payment of salaries in the state. Those focusing on Aregbesola are only dissipating energy, because there is malady afflicting the national economy for which Nigerians must seek God’s favour and interventions.
Governor Aregbesola who was at the praying ground along with some top government officials was hailed and followed by a crowd, despite the issue of unpaid salaries. After the prayers, the governor and his entourage moved round popular streets of Oke-Fia through Alekunwodo-Olaiya-Popo-OjaOba to Oke Baale.
Some individuals and groups were seen carrying placards in support of the Aregbesola administration, some of which read: “Osun needs prayers; Nigeria needs prayers;” “Ogbeni! Allah is with you;” and “Aregbesola, continue to stand by Allah. He solves all challenges;” “Dont stigmatise Aregbesola over salaries;” “Aregbe, maa ba sere lo (Aregbesola, continue with your job)” among many others.
The Chief Imam of Osogboland admonished people to desist from returning to sins that they eschewed during the month of Ramadan, adding that the economic woes the nation is witnessing is as a result of sin.
He commended Governor Aregbesola for the development he has brought to Osun, admonishing him to always seek God’s face in times like this. The Chief Iman urged the people to remain prayerful and trust in God.
He stressed that what is happening in the country, especially the issue of unpaid salaries plaguing both Federal and states governments are not man-made but manifestations of God’s wrath.
The cleric lauded the government for the truce reached with workers and the commencement of payment of backlog of salaries in the state.
Addressing journalists after the prayers, the governor assured that his government is better prepared to reverse the downward developmental trend forced on the state by the downturn in national economiy and it’s attendant financial crisis of the past six months.
Aregbesola also commended the entire workers and pensioners in the state for their unrivalled endurance and resilience in the face of hardship caused by non-payment of salaries.
He stated that with the payment of January and February salaries, government has commence the repositioning of the state for the better,  promising that workers’ welfare will continue to be top on his administration’s agenda.
“I want our people, particularly the workers, to know that ease, happiness, joy, prosperity will always come if we demonstrate humility, stands firm in our faith, preach patience and love and remain on the path of God.
Speaking earlier in his sermon, Ustaz Kamildeen Raji commended the administration of governor Aregbesola for his lofty ideas of governance in the state, saying the feeding of school children and other infrastructural development will not be forgotten in a hurry in the history of the state.
He charged the governor to be focused and not distracted with the present situation of the state, adding that their is no human being or entity in this world that is not prone to challenge.
The cleric said “Everybody here for prayer should endeavour to pray for the state and the governor, despite all the challenges that Nigeria is going through which is also affecting our state. I believe that with prayers, there will be light at end of the tunnel.
“I charge our governor not to weary in well doing, every government has its challenges, the present challenge will soon be a thing of the past, there has never been any government that Osun has witnessed that has surpassed what Aregbesola has done.
“If we begin to count, we will not leave this place, is it the feeding of our children or the employment given to over 20,000 of our children, or the good roads that we are enjoying. Let us continue to pray for Osun, all will be well”. The cleric emphasised.
The cleric who condemned the act of terrorism held that Boko Haram has nothing to do with Islam, and that Islam in no way support the killing of human being.
DAILY INDEPENDENT 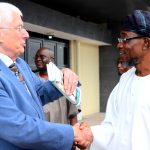 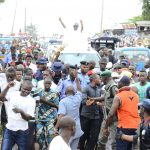