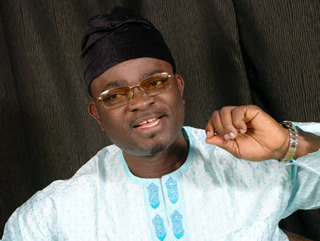 A member of the House of Representatives in the Seventh Assembly, Mr. Rotimi Makinde, has hailed the decison of the Osun State House of Assembly to dismiss the petition filed by Justice Folahanmi Oloyede against Governor Rauf Aregbesola.
Oloyede had in the petition accused Argebesola of financial recklessness following his inability to pay salaries.
However, in a vote of 25 against one, during its plenary last week, the House adopted the recommendations of the investigative committee calling for the dismissal of the petition and a sanction for the judge.
Makinde, who represented Ife federal constituency in the Seventh Assembly, said in a statement on Sunday that the ruling of the Osun Assembly showed that falsehood and deceit could never defeat truth, adding that the state can now move on after the cacophony of lies presented as truth by Justice Oloyede.
Makinde, who had earlier called for caution in the process of sitting over the petition by the lawmakers, stated that the contents of the petition by the judge seeking the impeachment of Aregbesola had no basis or precedence, adding that her decision to shun the invitation of the ad-hoc committee easily gave away her intentions.
He said, “I want to commend members of the Osun State Assembly for quickly nipping the falsehood masquerading as petition in the bud. Again, they have proved to the world that they are a crop of legislators who know their onions in the ethics of legislative practice. From the outset, we knew that this was a typical case of hand of Esau but the voice of Jacob.
“As recommended by the house, I want to call on the National Judicial Council to look and determine whether the action of the judge were in compliance with due process, especially when she is still serving under the same government.”
PUNCH 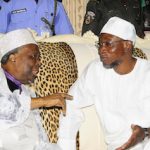