News
Home News I Am Focused On Developing Osun, Will Not Be Distracted By Opposition, Aregbesola
. .
News

I Am Focused On Developing Osun, Will Not Be Distracted By Opposition, Aregbesola 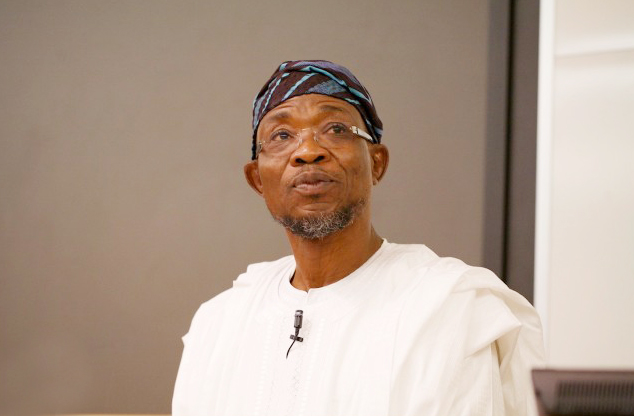 The Governor of Osun, Ogbeni Rauf Aregbesola has said that the myriad of awards and accolades that Osun has received under his watch will continue to be a motivation for him to leave behind a good legacy of a modern, developed and prosperous state.

Aregbesola, according to a statement by the Director, Bureau of Communication and Strategy, Mr. Semiu Okanlawon, spoke in Lagos while receiving an award from the Law society of the University of Lagos over the weekend at the Eko Hotel, Lagos.

In the governor’s speech titled “Strictly for those that can see” ‎Aregbesola was quoted as noting that he will be focused  and determined at all times not minding detractors to leave behind a far better state than what he inherited.

He pointed out that he is encouraged with the various laurels that had come to the state in recent past recognising the developmental projects his administration has brought to Osun.

Aregbesola while recounting his various developmental projects said his administration when it came on board commenced the building of new state-of-the art 100 Elementary Schools, 50 Middles Schools and 20 High Schools.

He added that his administration introduced the revolutionary Opon Imo which contains all the recommended textbooks for all subjects examined by WAEC, NECO and JAMB.

Aregbesola noted the present administration has rehabilitated all the hospitals in the state, stocked them with drugs and made the provision of qualitative healthcare free in the state, as part of the human development programme.

According to him, “You have decided to honour me, in your own words, on the basis of my achievements in office, considering the infrastructural development I have put in place in the State of Osun; and you have also considered how I have managed the economy of the state, making me to be worthy of emulation.

“I am honoured by your kind words. For considering me worthy of your honour, God will honour you too. I am particularly struck by your observation of the infrastructure development our administration has carried out in Osun.

“Before our coming, Osun could be rightly described as backward. Development is often measured by the quality of human development in terms of education, health, standard of living of the people and the built environment, among others.

‎”In our first 100 days, we engaged 20,000 youths in the Osun Youth Empowerment Scheme (OYES) and doubled the figure after two years. For this reason, the Federal Office of Statistics recorded Osun as having the least unemployment figure in the country.

“There is a linkage between roads and our health. Bad roads cause accidents and travelling on bad roads makes one sick. Bad roads also hinder physical interaction between people. Our road development plan is ambitiously unprecedented in the history of the state. It covers township roads, intra and inter-city roads, as well as inter-state roads,” The governor told the gathering.

Aregbesola revealed that the extent of his commitment to changing the face of Osun through the construction of modern road networks can be seen in the huge amount of road construction going on simultaneously all over the state.

The governor added that 79 kilometres of intra-city roads were constructed and rehabilitated In addition to 20 other roads traversing the cities, and covering a total of 294.27 kilometres in the different Federal Constituencies among other several kilometre of roads in the state

He said, “I can continue with our achievements. These are just a fraction of what we have done with our little resources. I also do not wish to impress you. I am only stating the facts to confirm your observation, and the basis of which you are giving me this award.

“We have some challenges recently, which is not unique to us, but our traducers, working with a section of the media, has painted a doomsday scenario in Osun. Far from it.

“We have prudently managed the state’s resources, denying political functionaries and my aides their statutory entitlements, as our own sacrifice in the development of our state,” he stressed. 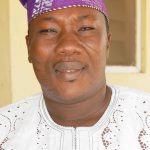