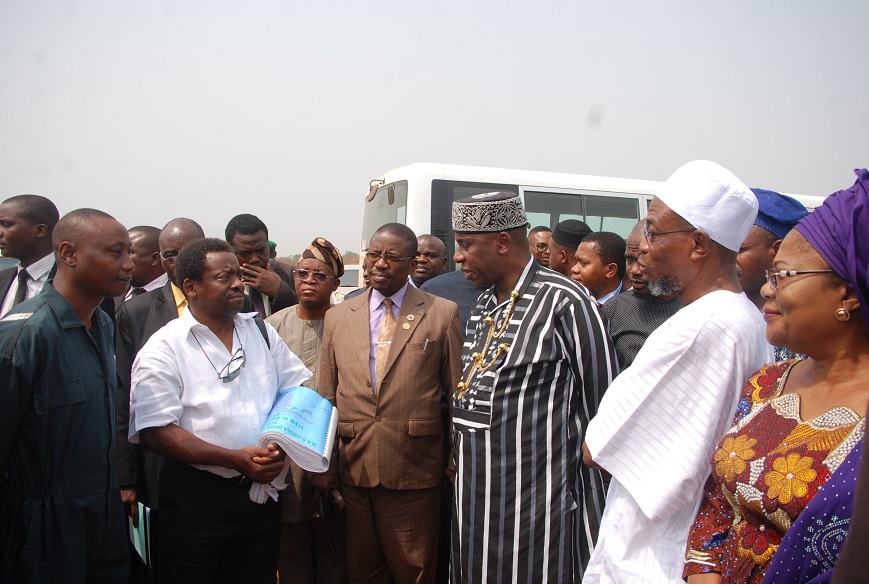 The Minister of Transport, Mr. Rotimi Amaechi, on Thursday inspected some federal projects in Osun State and the MKO Abiola International Airport, Ido Osun, which is a joint project of the Federal Government and the state.
The minister lauded Governor Rauf Aregbesola, for prudently managing the meager resources available to the state due to the steady fall in the price of crude oil.

Amaechi said, “Initially, when the economic meltdown started, I was very worried for states like Osun because of the of meagre resources.
“Am I still worried? The answer is yes, because the economy hasn’t improved. But I commend him for he has been able to manage  to continue what he started.
“I thank God for the kind of leaders Osun has in him and his deputy for their being able to manage their  little resources.”
The minister said he would inform President Muhammdu Buhari about what he saw, adding that the President would  make a decision based on the information the council passes on to him.
“We are inspecting federal roads. Some of the states have constructed federal roads and are asking for refund. So we are going round. We have a committee set up by Federal Executive Council headed by Raji Fashola, who is in charge of South South. I am in charge of South West. There are others too going round the country,” he added.
Aregbesola  appealed to the Federal Government to pay its 50 per cent commitment on the airport project.
He said the airport, when completed, would be one of the lucrative ones in the country because of its cargo and hanger facilities, which was the first of its kind  in Nigeria.
The governor said, “We want you to convey our message to the Federal Government on its commitment to jointly fund the airport with our state base on 50/50 sharing of the cost of the project.
“We believe that the airport has huge economic and aviational value to both the country and the state.
“In this regard, we want you to intimate the Federal Government to assist the state with its counterpart funds for the speedy completion of the project.”
Source: Punch Newspaper 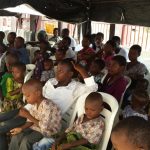 Osun Government Supports 250 Orphans and Vulnerable ChildrenFebruary 5, 2016
C of O To Be Granted Within 90 Days In OsunFebruary 6, 2016 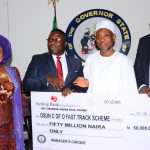