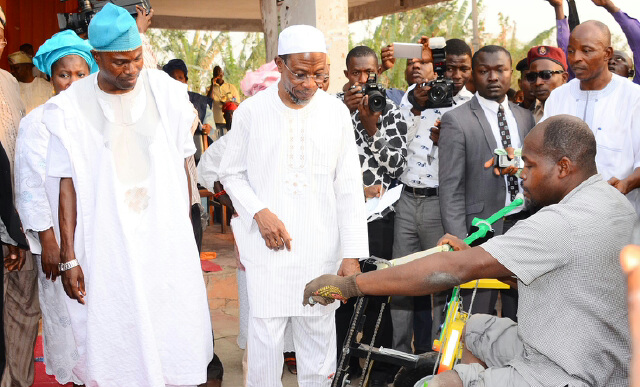 …Commissions medical equipment
The Governor of Osun, Ogbeni Rauf Aregbesola on Wednesday described the action of the striking doctors in the state as selfish and uncaring about what happens to other citizens and residents of the state in the face of the present economic hardship faced by the country.

The Governor‎ stated this while delivering an address titled “To the improved health of the People” at the commissioning of new equipment for Boripe Local Government Health Centres  at Boripe Local Government Secretariat in Iragbiji.
Aregbesola admonished the striking doctors to recognise that the state is in a very special time of serious economic challenge and be willing to sacrifice like‎ every other workers in the state who are always at their duty post.
He held that government in spite of the great financial challenges has given the welfare of the people priority attention, saying it is high time that all realised that the state is in a special period where sacrifice must be made.
Aregbesola noted that states in the past used to get money from the federal government every month to run their administration, but since July 2013, that has continued to decrease until today when most states get nothing again.
‎According to the Governor, “There are however some of our health workers at the state level who think only of themselves, who do not care a hoot whatever happens to the rest of us.
“They have refused to recognise that we are in a special time and would insist that we give to them alone all the money in the state, even while other government workers are willing to make sacrifice.
“By their own action of indefinitely abandoning their duty post, they have demonstrated that they have no place in our hospitals and the reasonable thing to do is to fill the void they created. Nature abhors vacuum”. The Governor told the gathering.
‎He pointed out that the restoration of healthy living is one of his administration’s cardinal objectives, stating that it is only healthy people that  can work and be productive to generate revenues to government through tax.
Aregbesola also added that when people are healthy and live longer, they participate in political activities which translates into more votes for politicians, and that it is in the best interest of the people themselves and government to promote good health.
He said, “As you are also aware, the state government provides good healthcare services to the people through teaching hospital, which is the highest level, general hospitals and local government health centres.
“We have also been maintaining our free healthcare policy through constant procurement to ensure availability of free drugs at our hospitals, while there are also free anti-malaria drugs for expectant mothers as part of their ante-natal treatment in government-owned hospitals.
“Furthermore, we have renovated nine state hospitals, upgraded our existing primary healthcare centres while new ones are being built. We have also provided medical equipment, furniture and electrical appliances for some of our health facilities where these are needed.
“Ambulances equipped with first aid equipment were purchased and are now in full operation under the Osun Ambulance Services, which is aimed at improving the quick-response capacity of the health system, in cases of accidents and emergencies”. Aregbesola emphasised.
Speaking earlier, the Executive Secretary, Boripe Local Government, Alhaji Kehinde Moronkeji said the equipment being commissioned were donated by the AD King Foundation of Atlanta, Georgia, in the United States.
The Council boss added that when he took over the administration of the council, the health equipment at hospitals were outdated thus necessitating for modern medical equipment for health centres in the Local Government.
He said, “As we all know that, we are operating Primary Health Centres at the Local Government level while state are operating General hospitals. There are equipment acquire here that are meant for the use of tertiary hospital which will be donated to state to serve as our contribution to the development of the state.
“I want to quickly add that our administration would continue to be committed to programmes and project that would better the lots of our people”. He stressed.
The State Chairman of Road Transport Employers Association of Nigeria, Alhaji Olajire Oyebode commended the Governor for what he has done in developing infrastructure in the state.
He noted that with all the road network in Osun that Aregbesola has constructed, there is no meaningful residents and citizens of the state that will not want to pay tax, pledging the commitment of members of his association to the payment of tax.
Oyebode said, “at this point of economic hardship, all in the state should be ready to pay their taxes, government needs money for it to continue the good work it has started, we are all living witness to how the armoured tanks provided for the police by the Governor was able to foil the robbery in Ikirun”. The Union leader stressed. 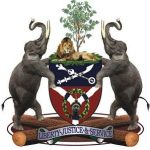 Screening Exercise For New Teachers To Hold On Wednesday 17th February 2016February 16, 2016
Osun Has Made More Than Enough Concessions For Doctors To Resume – GovernmentFebruary 18, 2016 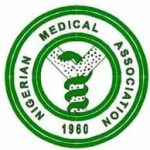