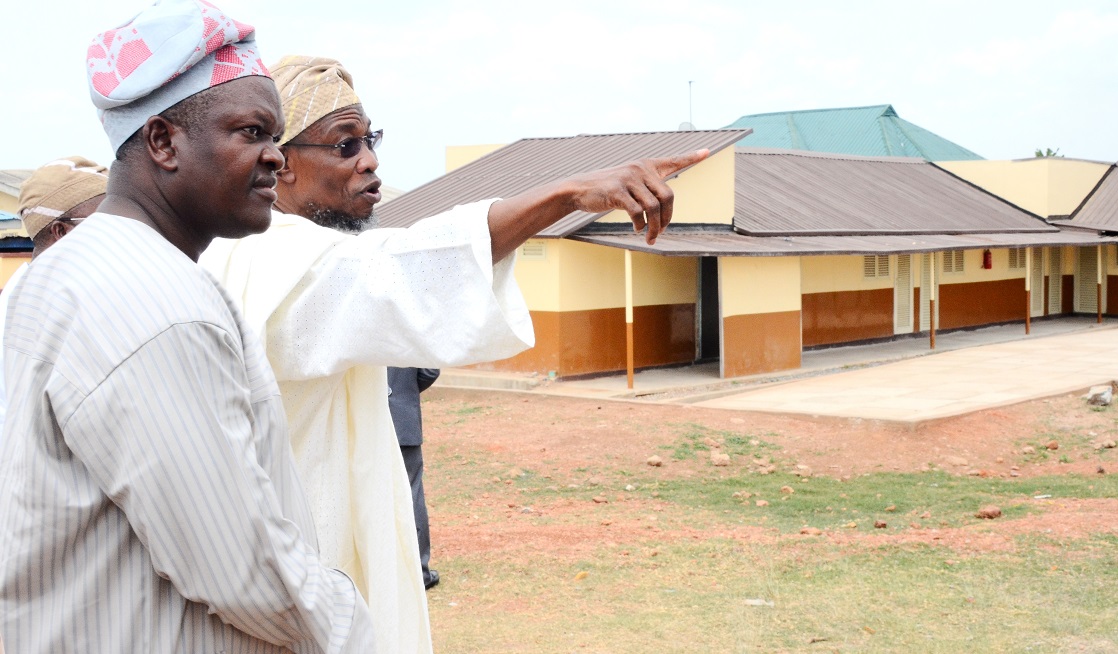 The Governor State of Osun, Ogbeni Rauf Aregbesola has commended the speedy spate of works on the ongoing construction of Osogbo Government High School, which he described as a worthy legacy.

Governor Aregbesola also applauded the contractor and artisans working on the site for meeting up to the expectations of the state in accordance with the agreed terms and conditions.
The Governor gave the commendation while touring the premises of the construction site, located at Oke-fia area, Osogbo.
Aregbesola who expressed satisfaction over the completion stage of the building shortly after his unscheduled inspection tour to the school, said with the rate of work on the site, the state is confident of commissioning the edifice within a short time.
He also acknowledged the quality materials being used on the site, saying his government was bent on ensuring quality delivery in all aspects of the economy.
Governor Aregbesola said in spite the current economic crisis in the state and Nigeria at large, his government would not for whatever reason condone the use of substandard materials in all the ongoing projects in the state.
Governor Aregbesola insisted that the current administration under his leadership would apply both human and material resources to ensure overall development in all nooks and crannies of the state.
The Governor who attributed his government’s laudable achievements in all sectors of the economy especially on education to what he regarded as his brilliant implementation of necessities and priorities.
He therefore implored the all the contractors working at different government sites to maintain the quality tempo in all they do.