Shinkafi: We lost a patriot – Aregbesola 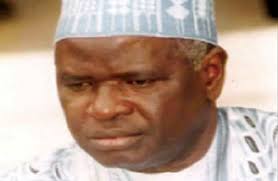 The Governor of Osun State, Ogbeni Rauf Aregbesola, has described the death of former boss of the defunct National Security Organisation, Alhaji Umaru Shinkafi, as another monumental loss of one of the nation’s patriots and politicians.

In a statement by the Director, Bureau of Communication and Strategy, Office of the Governor, Semiu Okanlawon, Aregbesola said Shinkafi’s death is one that has once again dealt a devastating blow to the nation, especially the political terrain.

He said the late politician served the country in many capacities and gave his best while in active service.
He stated that as the pioneer of the nation’s indigenous security service, he presided over a solid service and gave it a track record as the intelligence service under him was one of the most vibrant branches of the police force then.

He said: “Death diminishes. Alhaji Umaru Shinkafi was a Nigerian patriot. He served Nigeria fervently with all he had from conventional police to the security intelligence arm and finally as a politician of note.

“He was a politician of high repute and immense clout. His political horizon spread across the country.
“Though a conservative, he did not shy away from grouping with the progressive camp in 1999 when he teamed up with Chief Olu Falae on the joint ticket of Alliance for Democracy.
“He was a good officer, a listening politician and intelligence officer of a first class hue.
“He will certainly be missed as a politician of high caliber, whose wealth of experience is still highly valued and needed.
“I join his numerous admirers to wish him a good repose as I commit his relations to the hands of Allah (SWT) for succour and fortitude.” 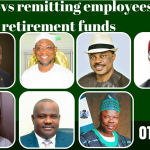