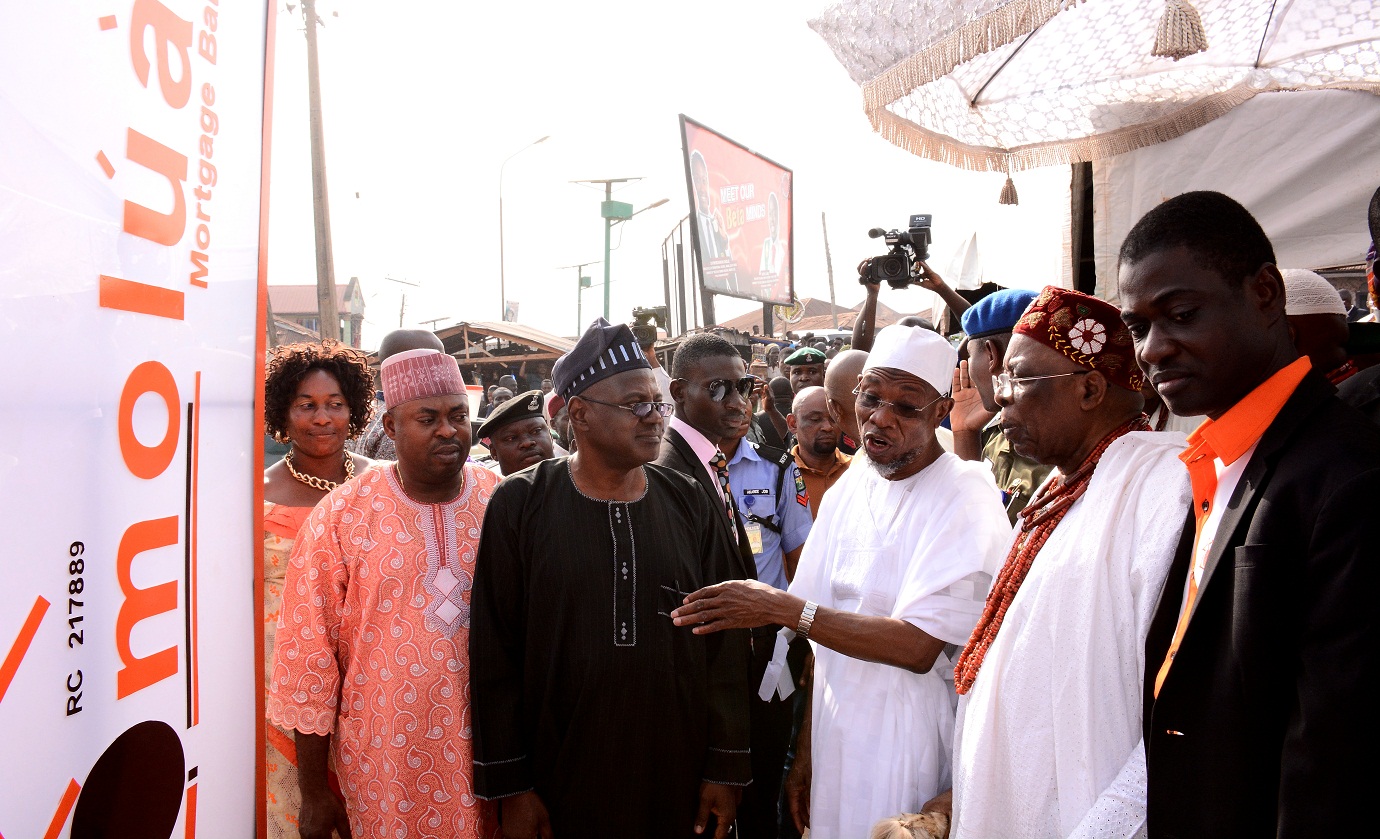 In his efforts to turn Osun to a commercial hub of the southwest, the Governor of Osun, Ogbeni Rauf Aregbesola on Thursday commissioned another branch of Omoluabi Mortgage Bank in Ilesa.
The new branch becomes the third of its kind in the state as two others  had previously been established in Osogbo, the state capital and Ejigbo respectively.

Aregbesola, at the official commissioning of the Ilesa branch of Omoluabi Mortgage Bank Plc, said the expansion of the bank was necessary as part of efforts to further enhance the economic development and commercial activities of the state.
He said the bank with its N4.6billion capitalization and N2.5billion assets capacity had contributed significantly to the economic viability, growth and development of the state since establishment.
Governor Aregbesola who described Omoluabi Mortgage bank as one of the best among its peers said the bank has been upgraded to meet the needs of the residents of the state as regards banking system.
Governor said branches of the bank are established across the state to promote and ease socio-economic activities of the residents irrespective of distance and locations.
He said his government’s initiatives to upgrade the modus operandi of the bank in line with international best practices had aided the state towards actualizating its economic dreams.
Speaking on the economic impacts of the bank, Aregbesola said the bank has the capacity to give out housing loans with little interest of 6 percent.
He said the bank has been empowered by the Central Bank of Nigeria and other regulatory agencies to render all services peculiar to commercial banks in the country.
Aregbesola further disclosed that the bank (Omoluabi Mortgage Bank) has a cordial collaboration with First bank and Access bank with the aim to enhancing effective operations in banking industry.
According to him, “Omoluabi Mortgage Bank has the capacity to perform all the services that can be rendered in any of the commercial banks in Nigeria.
“Deposits, withdrawals and other transactions can be made easily in any of the branches of this bank just as the bank can also give out housing loans with just 6% interest”, he added.
Governor Aregbesola who promised to replicate the branches of the bank across the state before the expiration of his tenure said, efforts are on the top gear to accomplish the goal as the state was ready to commission Ife branch next year.
He there urged all and sundry to see the bank as theirs with prompt patronage.
In his welcome address, the Chairman Board of Directors, Omoluabi Mortgage Bank, Alhaji Bayo Jimoh who described the bank as one of the successful banks in the country, said Omoluabi Mortgage Bank has been empowered to compete favourably with its counterparts in the subsector all over the world.
He said the dreams of the state with the establishment of the bank has been tremendously achieved in the last few years of establishment.
Jimoh noted that the efforts of the bank (Omoluabi) in expanding its branches was to enable it reach the nooks and cranies of the state and at the same time promote economic development by empowering businesses and creating employment opportunities.
Recounting some of the efforts made by the state government at upgrading the bank from its previous nomenclature, Jimoh said the bank which was initially registered as Livingspring Building Society way back in 1993 had gone through transformational changes all in structure, form, nomenclature, management and capital funding that helped to metamorphose it to Omoluabi Mortgage Bank Plc having successfully met the listing requirements of the Nigeria Stock Exchange and Securities and Exchange Commission respectively.
He added, “There is no doubt that it has been a long journey characterised with a lot of pains of growth before arriving eventually at the present shore, where we can boast without any fear of contradiction that this bank is sufficiently empowered to compete successfully with its peers in the subsector”.
The Board Chairman disclosed that the recapitalization of the bank by Governor Aregbesola in the quest to take the people out of poverty, was aimed at not only strengthening the bank but also to reposition it to take advantage of the emerging opportunities in the local market for speedy growth, profitability and empowering the good people of  the State.
He revealed that, the bank has restrategized its banking operations with a complete overhaul of its former business process and embracement of an up to date technology in carrying out its business.
“This include among others the successful acquisition of banking software that enables  seamless operations and ICT sufficiently adequate for Mortgage Finance and Banking Operations but at the same time addresses the core banking, treasury, consumer and corporate e-banking, mobile banking and web based cash management requirements for universal, retail and corporate banking that meet international standards”, he added.
Jimoh therefore commended Governor Aregbesola for boosting commercial activities of the state by contnuously threading the path to economic prosperity through the establishment of viable banking industry.
He said the government’s continued support has tremendously gone a long way to spur the officials of the bank on the need to continuously nurture the bank to become a pride to the state, saying “It is our hope that through patronage and cooperation of our host communities, there is the assurance of success”.
Earlier, the Managing Director, Omoluabi Mortgage Bank, Mr. Ayodele Olowookere, commended the state government for expanding the branch of the bank across the state.
Olowookere reassured the residents of the state on effective and efficient services, adding that “the necessity has been done by the state to serve the people excellently”.
He appealed to the host communities to need to be patronising the bank, saying “whatever the dividends made in any of the branches of the bank belongs to Osun government”. 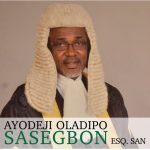