Osun Model in Tackling The Scourge of Cancer 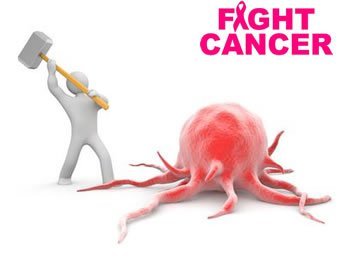 Pathetically, research and studies conducted by the World Health Organisation (WHO) and other non-governmental health related agencies revealed that 10 Nigerians die of cancer every hour, with attendant implication of average of 240 citizens of the most populous black nation dying daily.

Statistical information indicates that globally, in 2008, 7.6m people died of cancer and the figure rose to 8.2m in 2012. In analyzing this unpalatable and heartbreaking figures, medical statisticians allocated 13 per cent to the 2008 figures and 14.6 per cent to the 2012 with more disastrous revelations that 32 per cent of deaths to be recorded will be as a result of cancer related disease. This is indeed an international disaster looming.

Unfortunately, 70 per cent of cancer patients who eventually lost their lives are residents of middle and low income countries, often termed developing/emerging economies, with Nigeria leading the pack where over 250,000 new cases of cancer are discovered annually. More damaging is the fact that Nigeria cannot boast of a national cancer centre where diagnosis and treatment of this prevalent disease can be attended to at the advance stage, hence the need to seek medical attention abroad. This often results in medical tourism where $1billion, which should have been used to stimulate or buffer our economy, is spent outside the shores of Africa in European countries with Germany, India, United Kingdom topping the list of beneficiaries.
Osun State government has scored many firsts in many areas of its creative style of governance: the Osun Youth Empowerment Scheme (OYES) has become an internationally-acceptable and sustainable model towards addressing the menace of youth unemployment. The ingenuity of Rauf Aregbesola in the last six years has liberated 40,000 youths and middle-aged citizens via this OYES model; a remarkable attainment which was emulated in neighbouring states, even beyond the shores of the south.
The Osun school feeding programme, O – Meal, is a well-designed concept for elementary school pupils wherein they are nutritionally taken care of by the state government everyday. It is an assemblage of adequate nourishment in balance diet to, among other things; boost the knowledge and mental capacity of the children towards education which has increased the school enrollment in Osun by over 50 per cent.

Today, the path-finding and trail-blazing initiative of the Aregbesola administration has found its way into our national life where the school feeding programme has been entrenched into the manifesto of the All Progressives Congress (APC) and its implementation has commenced in 18 states of the federation in the 2016 budget.
Now, the Aregbesola – Osun model in tackling the scourge and unbearable menace of cancer which will teleguide the debate on national platform is unfolding; another first, another feat, another concept of participatory governance in fulfilling the six integral action plan of the Oranmiyan module.
In commemoration of this year’s Cancer Day, Mr Rauf Aregbesola invited a 3-man team of professionals, seasoned academics and practising oncologists from the Institute for Operative Medicine of the Otto-yon Guericke University, Germany to partner with the state in reducing to the lowest minimum this ugly trend, having discovered that the average perception of Nigerians is that cancer is a disease of the wealthy and the elderly; creating a robust platform to reach out to all the 30 local government areas, nine federal constituencies and three senatorial districts through a thorough and vigorous technique of massive enlightenment, well publicised awareness on the causes and preventive measures for cancer and stages of treatment from the primary to the tertiary level. The 3-day visit, led by Professor Hans Lippert, created an avenue to access the background information, state of equipment and facilities, medical personnel and other likely interventions of the German institute. 30 health care practitioners, 10 drawn from each of the three senatorial districts, were subjected to intensive interaction  on cancer management, raising their consciousness on the awareness and sensitisation campaign as pilot coordinators, setting machineries in place as trainers of the remaining health workforce to undertake the task. The discovery of the visitors revealed a grand design to make the project a sustainable one by involving all the primary health centres which are always the first point of call by rural dwellers with a certainty that 70 per cent of cancer victims, detected very early, can survive.

The motives and objectives of the visitation climaxed with a commitment from the Germans to build a state-of-the-art cancer registry, combining administrative and technical functions, in creating a central online database for data collection and collation, statistical analysis for research to pattern an accessible link for both the  Osun State government and the institute in Germany for the exchange of modern-day solutions in managing the commonest types of cancer in Nigeria — breast, cervical and skin cancer as prominent in women, prostrate and lung cancer in men, with emphasis on detection, management, treatment and appropriate referrals when and where necessary.
So also, telemedicine concept with infrastructure and equipment components, already installed by the state government at the state hospital building complex at Asubiaro, Osogbo, the state capital, will be activated in a matter of days for the smooth take off of the initiative; a collaboration to attract international organisations/governments for studies and educational research.
The collaborative support of Seri Care Foundation (SCARF), a pet project of  Alhaja Sherifat Aregbesola, the wife of the state governor, also cushioned the positive response, as she has, over the years, intervened in critical areas of concern on cancer related issues, sponsoring and financing the free screening of women, orientation and educational enlightenment programmes on risk factors like tobacco intake, obesity, harmful use of alcohol, eating of carcinogenic products, sedentary lifestyle, poor diet, exposure to ionizing radiation and environmental pollutants which result in cancer symptoms like lump discovery, abnormal bleeding, prolonged cough, unexplained weight loss with preventive and precautionary measures of daily and routine exercise, regular medical check up.  This three-in-one solidarity will make available machines to screen  thousands of women in Osun State  annually.
The involvement of the state House of Assembly in supporting legislation will not be undermined as the Vice Chairman of the Osun State House of Assembly Committee on Health, Honourable (Dr) Olaolu Oyeniran  who is a seasoned gynecologist, has given a concise affirmative statement on the readiness of the people’s representatives to give commensurate backing. We must also commend the Federal Government for giving executive reaction to the bill passed in August 2016 by the Senate on an Act for the establishment of the National Institute for Cancer Treatment and Research which is the desire of the present Minister of Health, Professor Isaac Adewole, to establish six internationally-recognized cancer treatment centres in the existing geopolitical zones of the country, with funding from private initiatives. This will reduce drastically the increasing rate of cancer uprising just like we have combated Ebola virus, polio, HIV, malaria, children mortality rate, tuberculosis. And this is a clarion call for selfless service to other state governments to replicate the Osun model in their strategy to disarm cancer from killing the great potentials of our citizens.
Oluremi Omowaiye writes from Osogbo