The Sultan of Sokoto, Alhaji Muhammadu Sa’ad Abubakar on Saturday commended Governor Rauf Aregbesola of Osun for what he called his commitment to the development of humanity regardless of socio-economic, political and religious differences.

He said the state under the leadership of Governor Aregbesola has demonstrated high sense of fairness to religious organisations in the state.
In a statement by the Bureau of Communication and Strategy in the Office of the Governor, Alhaji Abubakar, who doubles as the President General, Nigerian Supreme Council for Islamic Affairs, was quoted as stating this while paying a courtesy call on the Governor, at the Government House, Osogbo.
The Sultan,  who led other Islamic scholars and muslims across the country to Osun, described Governor Aregbesola as a symbol of religious unification.
In the Bureau’s statement signed by the Director, Semiu Okanlawon, the Sultan was quoted as saying Governor Aregbesola has extremely demonstrated to the world the sterling quality expected from whoever holds the office of the Governor.
Alhaji Abubakar, who lauded the leadership of the state for making the ground running in spite of the challenges confronting the country, said the spate of the developments across the state was a clear manifestation of good governance.
The President-General, Supreme Council for Islamic Affairs hinted that the purpose of the visit was to further entrench the relative peace, unity and love among Nigerians which according to him remains the only channel to national growth and development.
He applauded the Governor for playing active role in propagating peaceful cohabitation between and among the existing religions in the state.
The Sultan said, “I must acknowledge your commitment in promoting unity among the various religious organisations in the state as this is in line with our cardinal objective of ensuring a peaceful nation.
“We have not in any closed our eyes to your administration’s determination in making things happen even in the face of the present realities of the nation’s economy.
“We are glad that you are using your position to effect change in promoting and propagating unity in the state and beyond”, he said.
According to him, the visit to Osun is to further demonstrate the commitment of the muslim community to national growth and development.
He added, “This visit makes the 6th time of being in Osun and we are here in large number as one family under the umbrella of the Supreme Council for Islamic Affairs which is the apex body for muslims in Nigeria to further register our determination to unity, peace and tranquillity of Nigeria and Nigerians.
“The primary objective of the Council is to ensure peace, unity and stability not only among muslims but also within other religious organisations.
“So, as we are working assiduously to solidify the unity and peaceful coexistence between and among the various religious organisations in the country, we are equally determined to portray to the world that the religion of Islam connotes peace and unity.
Alhaji Abubakar stressed the need for muslims across the country to continue to demonstrate leadership by example as being exemplified by the Prophets.
He said the Council would continue to display exemplary leadership quality in promoting the virtues of unity, peace and love among the citizenry in the country.
In his remarks, the Governor of Osun, Ogbeni Rauf Aregbesola commended the leadership quality of the Nigerian Supreme Council for Islamic Affairs for being the bulwark for unity and peace in Nigeria.
Governor Aregbesola said the impacts of the Council had been tremendously felt in engendering peace, unity, love and togetherness of humanity along religious lines.
Describing the Sultan of Sokoto as an epitome of the best in human character, Governor Aregbesola said the role played by the number muslims in the country towards the promotion of unity in the diversity nature of the country would be forever applauded.
According to him, “I am very glad to receive the apex Islamic group in Nigeria just as I am delighted in the fact that the Council had played a significant role in promoting peace and unity not only in Nigeria but in the whole world”. 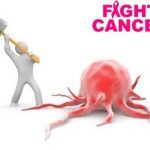 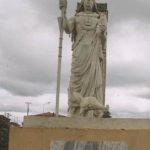