Osinbajo, Governors, Others in Osun For Aregbesola’s Mum’s Prayer Session 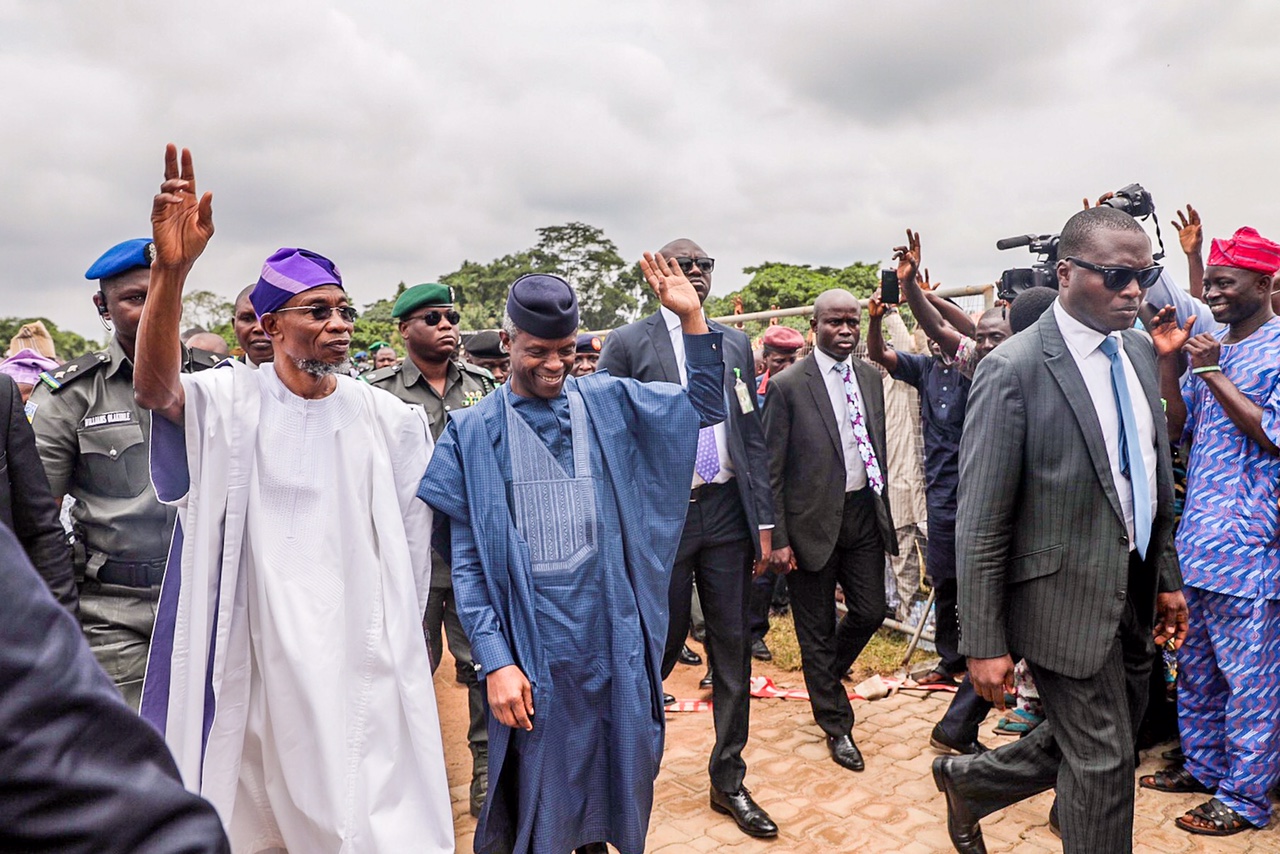 The rest were Afenifere chieftain, Chief Ayo Adebanjo; the Alaafin of Oyo, Oba Lamidi Olayiwola Adeyemi; Oba of Lagos, Rilwan Akiolu; Ogiyan of Ejigbo, Oba Omowonuola Oyesosin and Oluwo of Iwo, Oba Abdul Rasheed Akanbi.
The President General, League of Imams and Alfas in South West, Edo and Delta states, Sheik Kewulere, led scores of Islamic clerics and scholars to the event.
In his lecture, the Chief Imam of Federal Polytechnic, Ede, Taofeek Abdul Hammed, urged those in position of leadership to see their offices as a privilege to cater for the welfare of the people.
He noted that life was ephemeral, urging the people to assess their lives daily with a view to making necessary adjustments before death calls.
The lecturer, who based his message on Quran Chapter 57, compared life to a stage, saying all actors would leave one day to render account to Allah.