I HAVE lived through several administrations since the creation of OsunState and none has had the sort of visible impact that this man has had in so short a time.
Perhaps what makes the difference is that no governor before him has approached the issue of the environment from a deliberate policy perspective as he is doing. He has developed a coherent policy on the environment, with a focus on health, which he has been implementing since he took office.
Previously the situation in Osun was characterised by heaps of refuse everywhere, resulting from people uncaringly dumping waste in any open spaces they deemed suitable for that purpose – on roadsides and road median, in streams and rivers and just about anywhere. Another prominent feature of the landscape was the ubiquitous markets that opportunistically sprang up everywhere, with their enormous capacity for generating garbage. It needs little emphasis that we have had to live with the resultant untoward health implication, and we actually lived through the flooding consequent upon silting and blocking of waterways by refuse. Flood-occasioned destruction of lives and properties is one of my most enduring recollections of the reign of the last administration in the state.
Ogbeni Rauf Aregbesola, on assumption of office, declared a state of emergency in environmental sanitation, with his O’Clean programme aimed at ridding our environment of filth and getting the people to have a change of attitude in the way they treat the environment. The 90-day emergency period saw a mandatory weekly sanitation exercise in Osun and the weekly cleaning of markets and places of work. This is strengthened by the daily street cleaning exercise by the O’YES volunteers.
Obviously, ridding the streets of garbage heaps requires a waste management policy. The government of Ogbeni  Aregbesola is no less impressive in this area. Besides getting the people to clean up and gather their refuse, collection and clearing of rubbish have been a fruitful partnership between government and private waste collectors who charge fees, but go into the inner streets where government trucks cannot reach. And there is the fee-free government alternative, but which requires taking one’s refuse to designated collection points for onward evacuation to landfill sites for processing. The green-painted garbage trucks – and I’ve seen scores of them – with their peculiar honk are now a part of our daily morning traffic in Osun. The waste management is aimed at achieving an integrated system that will comprise transfer-loading-stations in all the local government areas of the state, from where the refuse would then be carted away to the central landfill site. Recycling facilities that are still under construction are a component of the system. These facilities, meant to enable the re-use of plastic waste, are to be complemented by a buyback scheme for plastic waste for a more effective control of the hazards constituted by plastic bottles and pure water sachets.
The environment policy includes the comprehensive dredging and de-silting of the quite numerous streams and rivers across Osun to make for free-flow of water. Anybody who is well familiar with the landscape in Osun State would understand what it means to take up the dredging and de-silting of its extensive network of streams, rivers and tributaries. Yet, this is precisely what Ogbeni Aregbesola’s government has been doing, and is still doing, even now, because the dredging and de-silting are still ongoing. The exercise has covered streams and rivers extending over large areas, including Ipetu-Ijesa, Ife Ilesa, Ejigbo, Iragbiji, Ode-Omu, Iwo, Ila-Orangun, and Osogbo, the state capital. In Osogbo alone, more than 15 rivers, streams and canals are being dredged and de-silted.
The effect of all these dredging and de-silting activities has been the safety of the lives and properties of the people of Osun from the devastation of flooding that was their lot under the immediate past administration in the state. It is on record that there has been more rain since Governor Aregbesola came into office yet there has been no flood, especially in Osogbo, unlike the tragedy that flooding has wreaked in neighbouring states in the South West.
Ogbeni Aregbesola’s environmental policy also covers urban development and beautification. Here, indiscriminate market activities are being discouraged, while ultra-modern market complexes are being constructed around the state. Notable among these are Dagbolu, Aiyegbaju and Aje markets, which are all in various stages of completion.
The beautification project involves the development and modernisation of strategic public spaces for public use in a manner that enhances the landscape architecture of our cities. The HassanOladokunPark at Gbongan Junction and the FreedomPark at Old Garage Roundabout stand out in this regard. The beautification also involves a massive tree planting exercise, for which some 2.5 million seedlings of different tree species have been purchased. The trees are intended to line the major roads right from the OyoState border into the heart of the major cities in Osun, including the state capital, Osogbo. The trees will not only serve as beautifiers, they will also serve as checks to erosion as well as help to limit the negative impact of stormy winds, not to mention their roles in reducing greenhouse gas emission.
In only two years, Ogbeni Aregbesola’s environmental management is already a legacy that will be better appreciated.
Mr. ALABI OYELEKE, a commentator on national  issues, wrote from Osogbo, Osun State.
– See more at: http://www.vanguardngr.com/2013/04/osuns-changing-environment/#sthash.5bj6jRKC.dpuf
Source: http://www.vanguardngr.com/2013/04/osuns-changing-environment/ 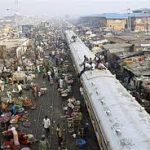