The Ataoja of Osogbo, State of Osun, Oba Jimoh Olanipekun, has called for cultural promotion in Nigeria to boost national integration and development.
Oba Olanipekun, who was honoured by Osogbo Progressive Union (OPU) with an award of excellence for his contribution to Osogbo and humanity, described cultural norms and values  as model for socio-economic development of a nation.
He also commended the union for living up to expectation by rallying and honouring sons and daughters of Osogbo, both at home and in the Diaspora, for their contribution to the state and Nigeria at large.
“Culture is phenomenal in every aspect of life because most of the ethos of good governance, which drive development, are enshrined in the principle of peaceful coexistence and growth of every society which is core to culture.
“Our heritage must be preserved, promoted and transferred to the younger generation. We must learn to celebrate and encourage diligent and selfless services at all times, which is the symbol of omoluabi.
“It is not easy to rally sons and daughters of Osogbo outside the state because of their tight schedule, but this forum have shown the level of your commitment to the state and I sincerely thank you for the omoluabi gesture accorded to me and my people,”Ataoja said.
Oba Olanipekun, however, called on all and sundry to always remember the source of their existence, adding, “anyone who forgets his source is lost, and there is not place like home.”
He implored awardees and the Osogbo Progressive Union to be steadfast and prompt in whatever they do, describing them as worthy ambassadors of the socio-cultural pageant, Osun Osogbo Festival, in Osun State.
NIGERIAN TRIBUNE 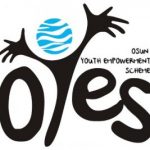