An international hotel franchise chain, Best Western Hotels, will soon debut in Osogbo, the capital of the State of Osun.
A statement by the Project Team Manager, Mr. Lanre Bakare, stated that the 4-star hotel, located opposite Central Bank building and the Government Secretariat, Abere, will compliment efforts by the governor, Ogbeni Rauf Aregbesola, to make the state an investment and tourism hub.
To be managed by Best Western, the 4-star hotel, which will boast of 105 exotic rooms, conference hall, swimming pool and world-class golf course, is estimated to gulp N2.5billion upon completion, while it is expected to be the best in Osun and its environs.
To be financed by Keynes Private Equity, the hotel, which sits on about three hectares of land, is expected to be completed within 18 months.
Bakare noted that the coming of the hotel will be a major boost to the state government’s economic transformation agenda.
Besides generating employment opportunities, he said, the hotel would attract tourists with positive multiplier effects on the state’s finances.
He then commended the governor for providing conducive climate for private investments to thrive, saying if the tempo is sustained, the State will soon be the industrial hub of the South-West region.
OSUN DEFENDER 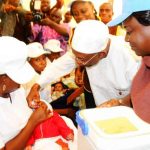 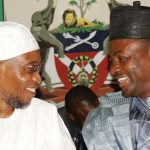