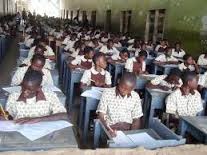 The State of Osun has been in the news for some weeks now over strident protests by some stakeholders against its School Reform and Reclassification programme. At the heart of the crisis is the resistance to the decision of the Governor Rauf Aregbesola-led government to merge some of the public schools  taken over from Christian and Muslim missions in 1975, but which are still bearing the names of their original founders and former owners.
The merger, in some instances, involved the transfer of students in schools taken over from Islamic Missions where a number of students use the Muslim veil, hijab, on their uniforms, to the schools taken over from Christian missions such as the Baptist Church, which still bear the names of those missions. Some Christians, under the aegis of Christian Association of Nigeria (CAN), took strong exception to the transfer of children wearing the hijab into schools bearing the names of Christian churches.
Some Muslims and other Christians also stridently opposed the transfer because it involved their children walking much longer distances to school. It was also alleged by some Christian missions  that the merger exercise was an attempt to obliterate the Christian background of their former schools. The merger exercise reportedly also transmuted existing single-sex schools into mixed schools, as it took no cognizance of the fact some of the schools had been single-sex schools since inception, several decades ago. Also, schools with population as low as 50 in the state’s less populated areas were merged, for ease of management, with the result that some pupils would now have to walk between two to three kilometres to schools in surrounding villages.
However, the Osun State Government has not only made a strong defence of its school reform exercise, it averred that the schools over which some stakeholders are protesting in the state belong fully to the state government, which has been running them in the last 38 years without any contribution from the protesting missions. The government explained that the schools only bear the names of their Christian and Muslim founders because the state government, over the years, did not change their names out of respect for their founders. The state authorities traced the genesis of its reform initiative to the rot in the education sector of the state at the inception of the Aregbesola administration. The government explained that the governor called an education summit in February 2011, which produced the blueprint for the education reform that the government is now implementing.
The programme provides for the division of the state’s schools into Elementary, Middle and High Schools, and the building of giant High School complexes housing three schools, each having capacity for about 1000 students, for ease of administration in areas that have the required population. Apart from rehabilitating, expanding and furnishing existing schools, some of which have been delivered, the government says it will build 100 more Elementary Schools, 50 Middle Schools and 20 High Schools in this first phase of the reform programme. Already, the government prides itself on providing school uniforms and feeding all its school children from Primaries 1 to 4, who will now be in the Elementary Schools, while Primary 5 and 6 children move to Middle Schools, to join Junior Secondary School (JSS) 1 to 3 students. The objective of this exercise, the government said, is to ensure that no child drops out after having only primary or elementary school education. Each Elementary School child will move to Middle School.
The state also recently launched Opon Imo, a computer tablet with 68 textbooks and past examination questions and answers, which it has started supplying to its High School students. The government attributed the protests in the state to human beings’ normal resistance to change, and the politicization of the matter by its political detractors. For us, the protest over the Osun Education Reform exercise is altogether not an unexpected reaction. It is natural for people and organisations to protest whenever there is a change from the status quo, especially if they feel that their interests are not taken into consideration. Such agitation is normal in a truly democratic society, but the protests must have their limits, if they are not to be counter-productive.
The critical point on this matter is that the schools over which the missions are protesting legally belong to the state government, which can administer them the way it feels will best serve the interest of the children in the state. The missions ceased to exercise control over the schools, and stopped funding them, since 38 years ago when they were taken over by the state government. It is odd for them to insist on taking critical decisions on institutions that they are not funding. Their rights over the schools are limited to the interests of the students, just as that of any other parents in the state.
But then, the legal authority of the government over the schools must be exercised with every due respect for the people, including the schools’ former owners. We enjoin the religious missions and the people of Osun State to support the state government’s intervention efforts in the school system, which have been reported to have improved the performance of the students in the SSCE examinations from 34th in the nation, to 8th. It is good, indeed, that a state is demonstrating serious commitment to the reformation of its schools. This is much more than can be said of most of the states in the country. Let the people and government of Osun, therefore, eschew politicking and cooperate to further improve the school system in the best interest of the state.
TRENDS NIGERIA 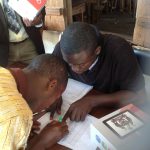 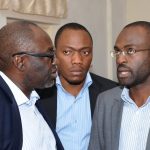