The Osun House of Assembly On Monday in Osogbo threatened to recommend government agencies that were not performing to expectations for scrapping.

Mr Folorunsho Bamisayemi, Chairman House Committee on Education, Science and Technology, made the threat when the the State Property Development Corporation (PDC) appeared before the committee for its 2013 budget performance review.
Bamisayemi said the House noticed that in its presentation the PDC  had not been generating revenue for the state.
“During the next budget review, I can assure you that some of us may press for the total scrapping of your agency and some other agencies that are dormant like yours.
“If you are creative, there are so many things you can do to make the government feel your impact. But if you continue this way, we will not have any other option than to recommend your scrapping.
“Those working in that agency are just collecting salaries without doing anything. The government cannot continue to pump money where there is no positive result,” Bamisayemi said.
Also speaking, Mr Kamil Oyedele, Chairman, House Committee on Finance and Appropriation, urged the management of the corporation to be creative and come up with ideas that could assist them in generating revenue.
Oyedele said next year’s budget would not be business as usual, the House would only approve budget to government agencies based on their actual performances in terms of internally generated revenue.
Responding, the newly-appointed Board Chairman of the Corporation, Mr Tunde Faleye, said when he assumed office in July, he noticed the observations of the Assembly that the corporation was dormant.
Faleye said since he assumed office, the board members had been working assiduously to change the situation with a view to making the corporation a more functioning agency. He said that the board had put all the necessary arrangements on ground to increase the internally generated revenue of the agency.
THE PUNCH
73 Views
1 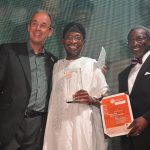 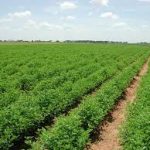