THE renowned Oduduwa World Temple and Groove located at Igbo-Igio in the ancient Ile-Ife community, in Osun State, attracted tourists and visitors, as custodians recently discovered an earthen structure likened to the map of Africa in the groove.
The Oduduwa World Temple and Groove, which is the place where every devotee of Oduduwa comes for prayer and worship, has added another attraction to tourist delight.
Speaking on the development with Tribune Tourism, the Obadio of Ile-Ife, Oba Ifarotimi Ifaloba, who is the spiritual head of the groove, said the discovery of the map of Africa at the groove was a good omen to the people in the ancient city of Ife.
“In fact, we have been worshiping here for so long without discovering anything of such, but it was just recently  that Olodumare showed the map to us. It is a wonderful, amazing and marvelous thing, you too can see people trooping in to have a glimpse of the map.
The community leader said further: “On the development, we are now calling on the government of Osun State under the leadership of Mr Rauf Aregbesola, the Federal Government and other international tourism organisations to please help in preserving the map and turn the place to a tourist centre.”
The traditional ruler commended the state governor for creating an enabling environment for the traditionalists and for promoting tradition and culture in the state.
Obadio also commended the governor for introducing Yoruba as a spoken language in the public school curriculum, saying the development was to restore the lost glory of the Yoruba.
Also baring his mind on the issue, the Obaleesun-Obatala of Ife, Oba O.O. Olaolu Dada, thanked Olodumare for the discovery of the map, saying it was a good development to the entire people of the Source.
Obatala further corroborated Obadio’s statement, saying, the governor of the state was a man of culture and tradition who had been promoting Yoruba culture and tradition in all ramifications.
“You know that very recently, Aregbesola created a board for us traditionalists, which had never happened in the history of the state since its inception in 1991.
“We need a leader like this in our midst, the leader that caters for the entire people he governs, both indigenes and non-indigenes”, Obatala added.
“We give thanks to Cuba, Haiti, Brazil as well as other parts of the world for trying so hard to maintain many of the African cultures, but there is much more to be learned and shared.  We welcome everybody here in Ile-Ife and would like to share in preserving the richness of the Yoruba culture,” Obatala added.
In his own remarks, the Special Adviser to the Governor on Culture and Tourism, Mr Oladipupo Soyode, said he was informed about the discovery of a map at the Oduduwa World Temple and Groove in Ile-Ife and government was looking at the development.
Soyode reiterated that the incumbent administration in the state would continue to add glamour to the development of tourism and culture all over the state.
Soyode added: “There is no doubt about it that the amiable governor, Mr Rauf Aregbesola, is a promoter of culture and tradition, as he doesn’t take anything that has to do with it with levity.
“The governor would not also relent in making sure that all the tourism centres in the state are in good shape for the visitors and as another way of generating internal revenue (IGR) for the state. The government is also promoting various traditional festivals in the state, such as the just-concluded Osun Osogbo, Iwude, Oke-Iragbiji, Olojo, among others, and we would not be tired in playing our roles towards the development of these festivals,” Soyode stated.
NIGERIAN TRIBUNE 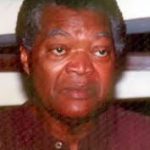 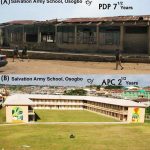