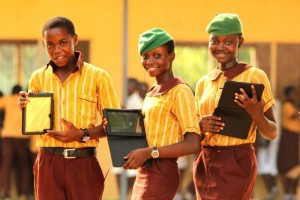 Governor of the State of Osun, Ogbeni Rauf Adesoji Aregbesola’s much more criticized educational reforms have yet again been vindicated as a pupil from the State of Osun leads her contemporaries to win the coveted West African Examination Council, WAEC awards 2012 of best student.
The state of Osun’s Opon-imo, school feeding programme, reclassification of schools among others have in recent time gone through severe criticism from political enemies far and near. If this latest feat by a pupil from Osogbo is anything to go by, the doubters of Aregbesola should have a rethink.
Seventeen-year-old Folafoluwa Oginni of the State of Osun has emerged the overall best pupil in the May/June 2012 West African Senior School Certificate Examination. She led two other girls to lift the prestigious West African Examinations Council National Distinction/Merit awards.
By the feat, the Osogbo, Osun State-born lad has become the current holder of WAEC’s national distinction/merit award. The Council instituted the award in 1984 to encourage academic excellence.
Oginni, who attended Our Lady and St. Francis Catholic College, Isale-aro, Osogbo, with examination number 4303013/087, also had Grade 1 in Economics, Government, Literature-in-English, Biology, Christian Religious Knowledge and Yoruba Language and with a cumulative score of 653.9318.
culled from OSUN DEFENDER 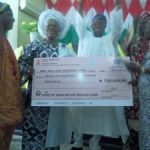