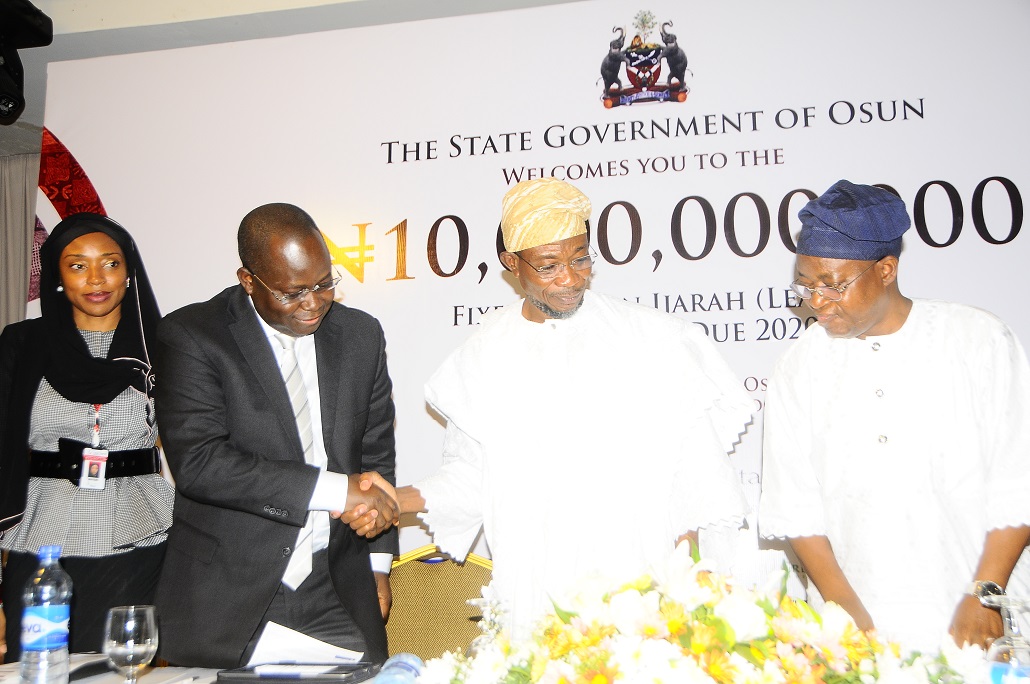 A socio-political group and Volunteer organisation, Rise4Rauf, has extolled the foresighted leadership of the Governor of the State of Osun, Ogbeni Rauf Aregbesola for tapping the abundant developmental opportunities offered by the Sukuk Islamic bond.
The organization particularly said Britain’s adoption of Sukuk, weeks after the processes for the bond were completed on Osun is a indication that Aregbesola goes to the highest level in his search for means of economically developing the state.
In a statement signed by its Coordinator, Isiaq Oyewunmi, the group said Aregbesola has been vindicated by the move his government made in order to bring development to the state through exploring the sukuk bond.
Some groups had voiced disagreement earlier this month when the state completed the sukuk Islamic bond for the provision of education and  other social infrastructure in the state, alleging that the bond was a ploy to Islamize the state. But as the world awaits Britain, the first non-Islamic country to sell similar bond in a bid to encourage massive new investment into London city, Rise4Rauf said Aregbesola deserves commendation for his financial ingenuity. The British Prime Minister, David Cameron will on Tuesday November 5, 2013 unveil Sukuk at the World Islamic Economic Forum in London and the treasury would draw up plans to issue a #200, sukuk in compliance with Islamic financial law.
Rise4Rauf stated that if UK, a developed country, could tap from abundant opportunities of sukuk without its citizens alleging Cameron of trying to Islamize Britain, then the allegation of planned Islamisation of Osun has no basis.
The statement said in part: “The people of Osun and indeed Nigerians owe Aregbesola some gratitude for recognising opportunities wherever they are in the world to bring them to better the lots of his people.
“Osun is the first state in the west African sub-region that first tapped into the sukuk bond owing to its prospect for developmental programmes.
“What Osun did with sukuk is what UK just recognised and is about to launch on the London Stock Exchange next Tuesday. What Aregbesola did was simply imaginative. The allegation of Islamisation is a mere rumour.
“British citizens have not raised a finger against what Prime Minister David Cameron is doing. No allegation of Sharia or Islamisation ploy has been raised.  “What our people need to do is to seek to understand every policy and programme of government before they go to town.
“Aregbesola, with this British example, has been vindicated of the Islamisation allegation. We believe his government has the interest of the people of Osun at heart and all he has been doing is what will move the state forward.”
The group also sighted the Osun school feeding scheme, which it said is now rubbing shoulders with that of the UK, one of the best in the world in terms of quality, enrichment and nutrient contents.
It will be recalled that Osun successfully completed an N11.4 billion Sukuk bond on October 10, 2013 in Osogbo, which was described by financial expert as a landmark achievement.
In the case of Britain also, investigations revealed that Sharia-compliant funds have already been used to fund some largest developments in London, which included Shard and the Olympic Village.
At present, more than 20 United Kingdom banks are said to be offering the Islamic financial products and services, more than any other western country. 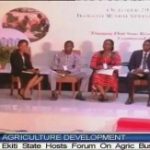