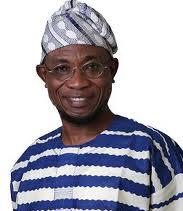 To ensure even distribution of developmental programmes across the nook and crannies of the state of Osun, the present administration in the state is poised at spreading its development programmes across the state.
The state governor, Mr. Rauf Aregbesola, stated this today while addressing a rally organised by the state chapter of the Kolanut Marketers’ Association to declare their support for the continuity of the present administration beyond 2014.
Represented by his deputy, Mrs. Grace Titilayo Laoye-Tomori, Governor Aregbesola appreciated members of the association for their support  to all government programmes and policies and expressed his administration’s determination to launch O’Kolanuts soon with a bid to further enhance the business of kolanut selling  in the state.
The governor also promised the state government’s readiness to grant members of the market association a soft loan through the state cooperative societies’ scheme.
Speaking on parents’ investment on children, Governor Aregbesola urged parents to take proper care of their children saying cultism activities should be curbed among students, most especially at secondary school level.
While condemning truancy among secondary school students, Governor Aregbesola said any SSS 3 student who fails to achieve ninety percent attendance in schools in an academic session will not be allowed to sit for public school examinations.
Speaking earlier, State  President of the Association, Alhaji Kareem Giwa, lauded developmental efforts of Governor Aregbesola especially  in revamping the  state’s commercial sector.
Alhaji Giwa also pledged the support of the association towards the actualization of policies and programmes of the state government and urged residents of the state to support the present government in office beyond 2014.
Dignitaries present at the event included the state Commissioner for Commerce Cooperatives and Empowerment, Alhaji Ismaila Alagbada, Special Adviser to the State Governor on Commerce, Cooperatives and Empowerment, Dr. Tiamiyu Yinusa, Commissioner for Agriculture and Food Security, Prince Wale Adedoyin, among others.
OSUN NEWS PORTAL 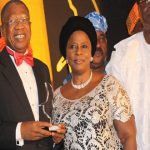 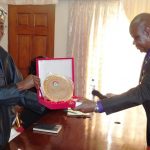