The Planning Committee of Year 2014 Armed Forces Remembrance Day Celebration in the State of Osun have been charged to put all machinery in motion to ensure the success of the forthcoming annual national programme which comes up in January 2014.

Secretary to the State Government of Osun and the Chairman of the Committee, Alhaji Moshood Adeoti gave the admonition at the inaugural meeting of the committee held in Osogbo. While appreciating the planners of last year’s episode of the programme for putting up a commendable show, Alhaji Moshood Adeoti charged the Planning Committee members to redouble their efforts to make sure that, the glory of the forthcoming programme surpasses that of the previous year.

The Chairman of the Committee disclosed that seven different committee would be put in place to work severally and jointly to the success of the programme. He however promised that the State Government of Osun will relate directly only with the leadership of the State Council of the Nigerian Legion for the execution of the programme.

Alhaji Moshood Adeoti then enjoined the Executive Secretaries in all Local Government Areas of the State to fulfill their financial commitment towards the successful execution of the programme.   He further appealed to them to redeem all outstanding financial pledges made to the Nigerian Legion last year.

Meanwhile, the next meeting of the Planning Committee for year 2014 Armed Forces Remembrance Day Celebration has been fixed for Monday, 23rd December, 2013 in the morning.
OSUN NEWS 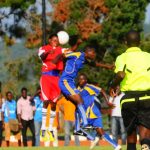 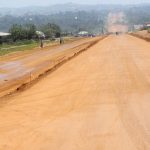